With the economy in a woefully depressed condition it isn't surprising to find the market for paintings, both contemporary and historical, in a mildly unhealthy state. Art has always been promoted as an excellent hedge against inflation. It probably is: but, if you had put some spare cash into pictures a couple of years ago, you would have a hard time today to find a buyer for them at anything near the price you would need to get to give you back your purchase price, plus about 30%, representing the inflation rate for the period.

Shopping around the private galleries, however, I find that a couple of thousand dollars spent mid 1976 would have been better spent on living artists than on those whose works were painted in the late nineteenth century.

For example, I discovered in the Peter McLeavey Gallery in Wellington two large works by Colin McCahon priced $500 higher than they were two years ago. The significant point is that similar works from the same series have been selling. The increase from $1,250 to $1,800 hasn't had any effect on demand. 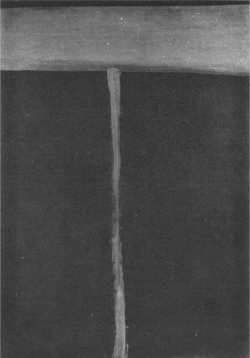 Similarly, at the Barry Lett Galleries in Auckland, Rodney Kirk Smith told me that while the economy has inhibited the normal growth of sales, the prices works are fetching are all between 20% and 30% higher than they were two years ago; and that a show last October by young Aucklander Nigel Brown sold out the twenty-two works exhibited. All this proves is that contemporary art is not being bought as a speculative investment by most buyers. If investment buying exists, it is for the long term, and no doubt the approach is that, whatever is paid for good paintings now, eventually they will be worth more.

Historical paintings on the other hand have taken a big knock from the antics of speculative buyers over the last few years. The activities of the speculators centred here in the capital, where Sloane's auction rooms assumed the role of the stockmarket on the occasions of its art sales. A couple of Bakers, a Perrit, a Blythe Fletcher and a small faded and questionable-looking Hoyte with an oversize signature, all picked up from other auction rooms over preceding months, would come up in the capital with an expectation of a return of the purchase price plus auctioneer's commission and hopefully 20% profit for the seller. The surprising thing is that it went on for so long with ever increasing numbers joining in. At one stage early in 1976 it looked as if the entire country was about to launch into art investment. One speculated as to how the demand was going to be met. I imagined that it might take the ingenuity of the East to see that there was no shortage of popular 'historical' paintings. At any rate, the recession put an end to all of that. One of the historical market's biggest punters left the country last year leaving behind a multitude of stories as to what he had done with his collection of pictures reputedly worth hundreds of thousands of dollars. Some buyers hastily disposed of their investments, taking what they could get for them: but most likely, the majority have had to hang their investments on the wall and live with them until better times come around.

The upshot of all this activity in the early picture market was effectively to drive the genuine collectors from the salerooms. Those who had for their commendable ambitions no other objective but to collect all the early views of their own locality, or to acquire as many works as they could by an artist who strongly appealed, looked on in dismay and amazement as prices doubled and doubled again and made of their favourite recreational activity something only for the well-heeled.

All this is now history. The speculators have gone, perhaps, and hopefully, for good. Before long the genuine collector will venture forth again. Time will restore balance to the historical market and genuine demand will set prices at levels buyers will pay.

A new season of art sales will soon begin and one thing is certain: no matter what happens to prices through the year, there will be well-filled salerooms and the perennial chase after bargains.

On the contemporary scene, depressed too by the absence of corporate buyers last year and probably again this year, new talents will emerge and surprise and be bought. Established artists will sell, if more slowly, and both artist and dealer will tighten their belts a notch or two: but because the mysterious impulse to make works of art is indestructible, things will carry on much the same as before.