In more ways than one, 1977 has been the year of the photographer. Not only have more and more public galleries, most conspicuously the National Gallery, begun to establish photographic collections: this year also, photographers were among the strongest contenders for Arts Council grants.

Of the three photographers who received grants, one, Peter Peryer, also achieved the ultimate international accolade of the inclusion of a portfolio of his work in Creative Camera International Yearbook 1978.

Although he has been taking photographs seriously for only two years he has achieved a highly distinctive style and an intensely personal repertoire of imagery, examples of which, the two portraits of Denise in the 1975 Active Eye exhibition and Self Portrait with Rabbit in the 1977 Ex Camera exhibition at the Academy, are among the most indelible memories of these exhibitions. 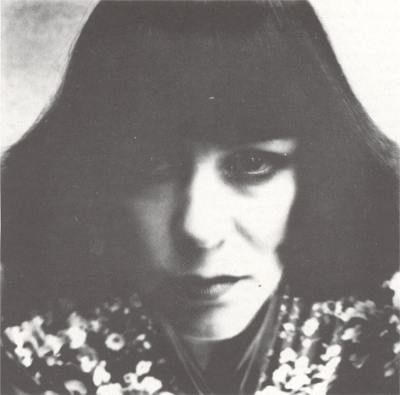 His portfolio Mars Hotel was published in the now sadly defunct Spleen and a representative selection of his work with an interview by Jim Barr forms the centre-piece of the new Photo-Forum tabloid supplement, publication of which coincided with the comprehensive exhibition of his work Peter Peryer: an Introduction at Lower Hutt's Dowse Gallery.

This is not the first photographic exhibition at the Dowse. They were host to the Manawatu Gallery-engendered Active Eye show and also to Brian Brake. It is, however, the first exhibition in a public gallery of a coherent and cohesive artistic statement by a New Zealand photographer. That it combines with Peryer's very recent international acclaim makes it doubly timely.

The twenty-nine exhibited are representative of his work between 1975 and 1977, and include excerpts from his major series and portfolios, Mars Hotel 1975, Gone Home 1975, and Souvenir 1976, as well as several portraits and self-portraits.

Many of these photographs have been taken with a toy plastic 'Diana' camera from Woolworths and his highly successful results with this camera have led other photographers, notably Ans Westra and Anne Noble to experiment with the Diana.v

In his work Peryer is documenting a highly private world of ritual and symbol with strong undertones of fetishism, sacrifice and self-immolation. His models become actresses in the photographer's personal drama. There is, accordingly, a strong theatrical and narrative quality in this work and many of the images read as stills from a movie or fragments of a dream.

In just two years Peryer's achievement has been remarkable.

If Peter Peryer's international reputation is just beginning, Don Driver's is well established and he is possibly the most highly regarded New Zealand artist in the international context.

Concurrent with the Peryer exhibition and in an adjacent gallery the Dowse have mounted an exhibition of nine large Driver fabric collage banners and one freestanding objet trouvé sculpture consisting of shackled fence posts.

This piece has been shown before at the New Vision Gallery. The other works in that exhibition of junk sculpture relief assemblages of fabric and found objects were shown at the University library in Wellington and also at the Group Show in Christchurch in 1976. Whereas that exhibition was loaded with comment about suburbia and the consumer society and was stacked with witty sideways and backward glances towards the U.S. and Rauschenberg, Nevelson and Dine, this present show is more strictly formal.

While also referring to recent New York movements, conceptualism, post-painterly abstraction and pop, it is entirely consistent with the main thrust of Driver's work since the early 'sixties from the junk sculpture through the austerity of his painting and Immaculate Series of perspex sculptures.

In this exhibition the found elements, doormats, onion bags, flour and industrial abrasive sacks are subtly juxtaposed with plastic and canvas which in turn rub shoulders with fashion fabric denims and molleton cloth, taffetas, grograms and upholstery weaves.

Over this proliferation of materials Driver exercises a masterly control, as he also does over scale, texture and, of course, colour. Driver is a superb colourist and the two largest works here Red Cross and Large Stripe are as able in terms of colour interaction and orchestration and subtle counterpoint of textures as anything he has done in the past.

Don Driver 77 is an important exhibition. I trust it will be seen before long in other galleries around the country.

Of the younger artists to emerge in 1977, one of the more interesting is Peter James Smith, who had exhibitions at Barry Lett's and Elva Bett's during the year. Mathematician as well as painter, in the randomness of his painting he finds an order that is expressed both in nature and in mathematics. By the inclusion of mathematical formulae in his highly expressive I paintings, which also include landscape and vernacular references, especially fences, he marries these two preoccupations in a strikingly original way; and in so doing his painting becomes an investigation of other more fundamental dualities.

Order and chaos is the theme, of this work and in his exploration of the nature of painting by the use of Fibonacci number series and the Golden Ratio as well as random number grids he has produced a highly successful body of work with a strongly cohesive logical and philosophical structure.