Gretchen Albrecht is best known for her landscape-inspired abstract paintings of the 'seventies and, to a lesser extent, for her more recent geometrically-shaped abstracts (represented in the show, Seven Painters / The Eighties, currently touring the country). This article provides an opportunity to look at her earlier figurative work, and its close relationship to her personal and domestic life.

During her last two years at Elam School of Fine Arts (1962-3), Albrecht painted a series of canvases involving a very personal 'mythology' which arose directly from her personal situation at the time - trying to cope with a small baby, a difficult domestic situation and the demands of art school. These works represent a retreat from 'real life' into a private fantasy world, a world in which, although it reflected reality, she could at least express her deepest feelings. 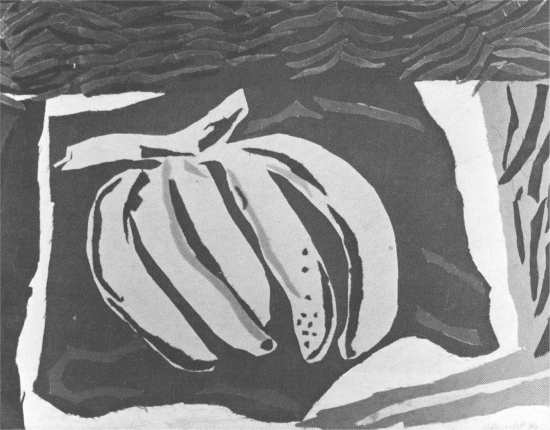 Many works show women being preyed upon, peered at, scrutinised. Woman and Bird, for instance, depicts the white naked figure of a woman with a bird - black with red beak and wing feathers - attacking her. Susannah and the Elder shows a bare breasted woman with a strange birdlike creature peering at her out of the surrounding foliage. Others, such as Red Woman with a Mask, show masked figures, puppet or clown-like figures - an 'identity crisis' imagery that has emerged more recently as a central theme in the work of other New Zealand women artists such as Margaret Lawlor Bartlett and Mary McIntyre. The bright, strongly contrasting, sometimes harsh colours - red, bright green and blue, black, yellow, orange and white - reflect the intensity of the subject matter. This use of intense, clear and expressive colour is something that has remained an important and almost constant factor in Albrecht's work. Around the same period Albrecht painted a series of works on the theme of the Elements - fire, air, earth and water. In these essentially abstract works the figurative element so central to the mythology paintings disappears: but the colours used and the thick impastoed laying on of the paint remain much the same.

Despite a successful exhibition at the Ikon Gallery in 1964, at which she showed some of her mythology paintings and fifty related pencil drawings, Albrecht was finding it increasingly difficult to paint once she left art school. Not only was she without the relative protection and incentive that Elam had provided, but she was finding the demands of looking after a small child all day 'enormous'. One unfinished work from this period, The Three Magi, with its three clown like figures as the Magi or wise men and the 'Christ-child' an ordinary baby who has flung away his golliwog, clearly expresses Albrecht's bitterness at the mockery she felt the idealisation of motherhood to be. 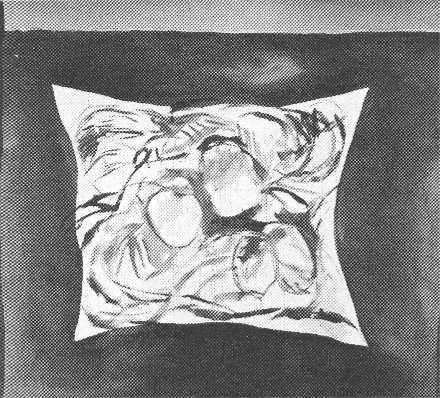 In this work it is evident that Albrecht was already trying to loosen up her brushwork, use the paint more thinly, and to some extent dissolve the figure. However, because she was using primed canvas, the thinned-down paint kept dripping and sliding on the non-absorbent surface. She did not persevere in this direction, partly because she was finding painting in oils impractical. With no studio and a small active toddler around the house, she could not leave turpentine or palettes of oil paints lying around, so she tended to stick to works on paper that were quick to do and easily cleaned up. Then in 1965 a friend returned from overseas with some acrylic artists' paints which she gave to Albrecht. The plasticity of the water-based paint meant that Albrecht could 'push it round a bit more and work fairly quickly'. However, when thinned down it proved no more manageable on the primed canvas than thinned oils had been, and Albrecht abandoned her still tentative efforts to loosen up her work by this means. The acrylics did bring a bonus, however, in the range of colours available; and Albrecht took advantage of this, using 'sharp' colours such as purples, pinks, magentas, wine colours, that she had never used before. In an attempt to move away from her private situation as a source of subject matter, Albrecht began using collages of newspaper photographs as a basis for composition - for instance in works like Conference Table and The Homecoming. Because of the collage technique of composition there is often a somewhat surrealistic quality in these paintings with their dislocated relationships of objects and people. The frequently non-naturalistic use of colour adds to this effect. A later work from this period, Wooden Horse, taken from a newspaper photograph of a jockey on a wooden practice 'horse', sees Albrecht attempting to apply the paint relatively thinly. And her use of colour - deep rich purples, luminous yellows, white - prefigures the intense, luminous, saturated colour which characterises her later work. About the same time (1965-7) Albrecht was making a number of fabric collages. She has always kept a scrap bag of odds and ends of materials from dressmaking and so on and at this time began using felt and dress fabrics to make pictures. The subject matter largely consisted of simple domestic objects - vases of flowers, fruit, a woman on a park bench. The simplification and flatness of form necessitated by the fabric and collage medium saw the beginnings of the 'one shape, one colour' idea that was to become so important in most of her later works. (Fabric-collage has reappeared as an important aspect of Albrecht's work: for instance in a series of banners made in 1975, and the collage canvas work, After Piero, 1980.) During this period, Albrecht trained as a secondary school art teacher. By 1968 she was teaching fulltime, painting mostly in the weekends, but with a new confidence. In order to break away from the 'tightness' and 'rigidity' of her works in acrylic, Albrecht began working in watercolour on large sheets of paper, using her brother's garden as inspiration. The mode of these works was more abstract than representational - increasingly dominated by the calligraphic nature of the free and vigorous brushwork. The figures, in particular, are integrated into the landscape, so that they become no more important as 'subject matter' than any other element.

Ultimately, the figure disappeared altogether. Albrecht began to use random arrangements of leaves and flowers dropped on to a tablecloth on the floor as her subject - an image still linked to the garden, and still in watercolour. These works developed even further the calligraphic: essentially linear quality that her brushwork was acquiring - what Albrecht calls 'drawing in colour'. 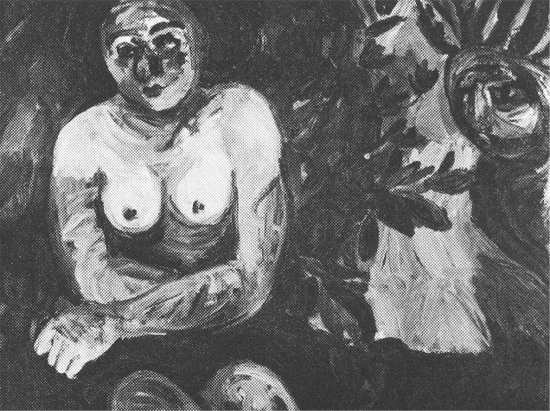 During 1970 Albrecht decided to move back to painting on canvas. She wanted to make images that were essentially abstract but still linked to nature', and to capture the fluidity and freshness of her watercolour paintings on a larger scale. Again, she began using thinned-down acrylic paint: but it took only one work on primed canvas for her to realise that she needed to work on raw canvas instead. These works were the largest she had ever created, and were initially developments of the tablecloth paintings. The tablecloth began to float on a field of colour - sometimes anchored with a horizon line as in Grey Horizon, sometimes with the tablecloth image reversed in the upper part of the work, as in Interior Grey-Purple Space, sometimes with the tablecloth stretched or pegged out to distort the rectangular shape. Later, the tablecloth disappears and the foliage forms spread to the edges of the painting, while other 'landscape' elements appear as bands across the works, as in Banded Maroon Panel (1971). This was a direct result of Albrecht's move to Mount Eden, where her kitchen window looked out over an unkempt garden to the distant Waitakere Ranges - orange and red in the setting sun. It was in 1970 that Albrecht painted her first work to move significantly towards total abstraction. The upper part of the work Green and Yellow Landscape is still reminiscent of the tablecloth image: but in the lower part of the work the shapes of the horizontal bands of colour are formed solely by the form and movement of the brush stroke; and the paint from the upper part of the work has been allowed to dribble a little down the canvas below it. There is no attempt to take off from an object, or even with a predetermined shape in mind; the work achieves a spontaneous and seemingly random quality that becomes a primary characteristic of Albrecht's work until 1981.

Albrecht was still, however, working in watercolour, using still life as her subject matter; and it was not until her move to Titirangi and her first west coast landscapes of 1972-3 that the figurative element finally disappears. Albrecht considers these latter works (which can be viewed as metaphors for landscape rather than direct translations of landscape forms) her first truly mature works. Yet, as one of the country's foremost abstract painters, she would surely not deny the importance of the journey through those early years.