Para Matchitt's Design for an Opera

Backstage in Bayreuth in 1962, the original dragon for The Ring hung dejectedly in limp cloth from a hook. It had been superseded: in that year's production, Wolfgang Wagner merely suggested the dragon with lighting. It was the hey-day of symbolism, though the two brothers interpreted this differently. Wieland's spare ritualistic sets, often designed by himself, reached their apotheosis in Tristan and Isolde: the rubbish heap at the back of the theatre was piled high with his rejected drawings, notably for the last act which never reached the stylistic inevitability of the other two. Both brothers used projection techniques, then very much in vogue, and at Reich & Vogel, the famed Berlin theatrical lighting firm, one could witness the latest in infernos, cyclones, snowstorms and transformations, all obtainable quite cheaply by comparison with conventional sets.

This oscillation between symbolic and realistic styles characterised German opera houses in the nineteen-sixties and may still do so. On the one hand Tristan, on the other, a production of Werner Egk's Die Verlobung in San Domingo at the opening of the new Munich Opera House, with a tropical bungalow so solid you felt it would be lifted away afterwards and lived in, and which, at the climax of the opera, was battered with a hurricane so fierce one instinctively ducked the whiplash rain and hoped the theatre's drainage system was working. 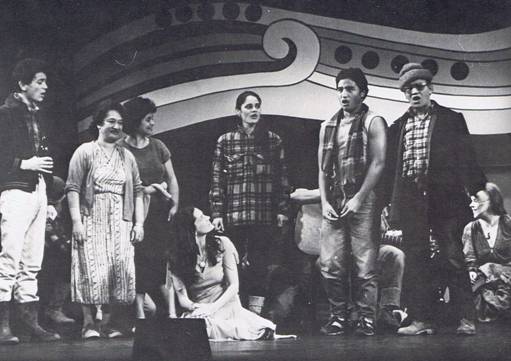 The two styles seldom converge in one production. In Waituhi however, the realistic direction of the performers was combined with brilliantly realised abstract sets by Para Matchitt. A series of elements was flown from above which could be changed in an instant, never interrupting the flow nor requiring a curtain. These depicted images of a pa, whare, bridge, river or mountain range and were set against a black background without furnishings. In their original form they were no more bulky than a child's stand-up picture book yet on stage constituted a practical, economical and highly inventive environment which the opera could unfold. The colours were mainly muted and pastel, reminiscent of the palette of Frank Stella. These responded well to lighting changes.

Para Matchitt's experience as painter and sculptor showed itself in the assurance and integration of his units. Traditional Maori symbols and patterns were absorbed and transmuted into a personal but universal abstract style. They spoke to Maori and pakeha and to those with sophisticated eyes aware of international trends. How then did they marry with the production? 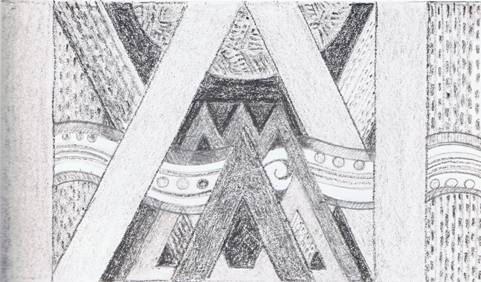 As the illustrations show, there were no costumes—everyday clothes were worn and the groupings give a good sense of the informality of much of the opera. It had a leisurely narrative pace akin to ballad opera. This may have been just the difference between Maori and European sense of drama. Sets and production undoubtedly diverged but in the more ritual aspects of the work they were in harmony, notably in the dialogues between Paora and his great-grandson Pene Jackson, where, on a darkened stage, against dimly-lit elements of the set, that tragic sense of the submergence and loss of Maori culture was communicated powerfully and elegiacally. 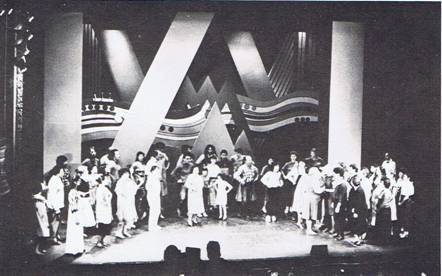 Waituhi was an important historical event and all future New Zealand operas will have to absorb its influence. Visually, Para Matchitt succeeded in a most distinguished way with a concept of stage design that should stimulate others. Sets and costumes do not have to eat up a disproportionate amount of the budget. The sets themselves have been sent to the Festival of the Pacific at New Caledonia and installed in a gallery there. This accomplished artist should be given fresh opportunities to further his work in the theatre.

Adrian Kiernander's production of Waituhi: The Life of the Village, an opera by Witi Ihimaera and Ross Harris played for a season at Wellington's State Opera House in September, 1984.