Sport has always played a crucial role in defining the New Zealand psyche, and yet remarkably few artists have concerned themselves with producing images of our sporting heroes. Sports photography has traditionally been eschewed by `serious photographers', leaving the arena open to press and advertising professionals, who produce a staggering volume of images that effectively define the way in which we see our sports-people. 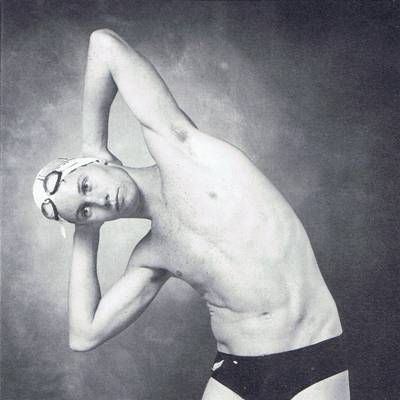 These photographs are not without merit; the recently commissioned `...Crack Open a DB Draught..' series of black-and-white photographs were superbly executed. However, the functional requirements of newspaper and advertising imagery severely restrict the artistic significance of such images. Moreover, as the vast majority of professional photographers are male, there is an inherent, and frequently very obvious, sexism pervading New Zealand sports photography. (Can you recall a single memorable image of our world-beating netball team?)

The predominant mode in sports photography is `the action man' type, in which the sports person is defined by strenuous activity. The photographer strives to capture the moment of the most intense physical effort, and if this is not possible, then one must make do with the euphoria or exhaustion immediately after the event. The very idea of photographing a sports person in repose seems antithetical to the sporting ethos.

Yet this is exactly what Jane Ussher has done with The Olympians, a marvellously complex series of portraits that imply a radical reappraisal of the way in which we see our sporting heroes. Her methodology was that of the traditional studio portrait. The subjects were dressed in their uniforms, smartened up in front of a mirror, given a few minimal props to signify their field of endeavour, and then isolated in a studio tent. here, the somewhat bemused athletes were bathed in the ethereal radiance of diffuse studio lighting, while the photographer spent hours patiently coaxing them to adopt a bizarre series of poses vaguely reminiscent of classical statuary. The portraits that emerged from these sessions were unique in that they allowed the athletes to exist, not only as the personification of an ideal, but also as individual human beings. 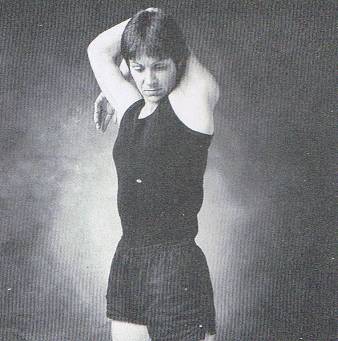 The qualities that characterize successful portrait photography are subtle and elusive. The slightest variation in physiognomy can transform a banal likeness into a penetrating portrait. Like the smile of the Mona Lisa, great portraiture defies articulated analysis, but remains instantly recognisable. Indeed as any amateur photographer will know the most satisfactory portraits frequently appear more by luck than good management. The work of an accomplished portrait photographer is marked by a certain consistency of vision.

This series achieves a homogeneity which goes beyond the aesthetic uniformity that is established through the use of stylistic devices. The real achievement of these photographs is the consistency with which they speak not only about the glamour of athletic excellence, but also of the individual personality of the subjects. In each portrait one gets the sense that a personal drama is being enacted in which the subjects are torn between the conflicting demands of ‘being themselves' and assuming the Me of a sporting superstar. For the old hands like John Walker, the superstar image rests snugly with the familiar -boy-next-door personality. For those unaccustomed to media attention, the tension is electric and at times almost comical.

The portrait of Ian Ferguson is a marvellous essay on the very process of image-making. On the surface the photo appears to be a simple evocation of athletic heroism, but the self-consciousness apparent in Ferguson's face and posture suggest that the subject is intensely aware that he is participating in the creation of a romanticised media image. Moreover one gets the distinct impression that Ferguson is not entirely happy about his complicity in this exercise. This reticence in the face of media acclaim has always been one of the most endearing qualities of New Zealand athletes. When Sir Edmund Hillary shyly conceded that he felt pretty good on the summit of Mt Everest, he set a standard for personal modesty which has been emulated by most of New Zealand's great athletes. It is a tribute to the sensitivity of Jane Ussher's perception that her photographs have captured this peculiarly Kiwi sense of modesty. 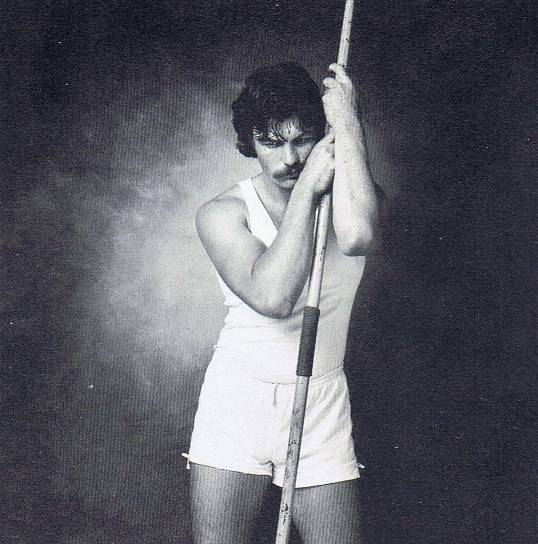 The photographs also speak about the recent tendency towards the deification of the athlete. Consumer culture has an insatiable fetish for demi-gods and today's sports people receive the sort of mass adulation that was formerly reserved for movie stars. The photographs show an awareness of this trend and also allude to its historical precedent in the classical apotheosis of the athlete. Society's glorification of the athlete is based on admiration for the single-minded pursuit of excellence that characterises the top-rate sportsperson. But, underlying the popular appeal of the athlete, is the simple eroticism of the highly trained body.

The Los Angeles Olympics made this eroticism explicit by employing Sassoon's make-up artist to transform the American team into Kewpie-doll and Lee Majors look-alikes. Jane Ussher's photographs identify the sex appeal of her subjects, though she does not exploit this eroticism to the extent that it becomes the main subject of the photographs as was the case with Annie Leibowitz's celebrated portraits of the America Olympic team. Jane Ussher's photos could not function as pin-ups because they reveal too much of the personality of the subjects.

The portrait of the sculler Stephanie Foster is perhaps the most lyrical photograph in the series. The rower has adopted a curious, almost balletic pose, that somehow manages to simultaneously convey a feeling of tension and relaxation. With her arms twisted behind her head, the rower's wonderfully well developed torso and shoulders are stretched and tense, while her hand dangles limp. Her gaze falling casually towards the floor suggests indolence, whilst the lines around her jaw and the pouted lips signify the rigid determination with which this athlete applies herself to her sport. The image stands apart from the vast bulk of sports photography in that it addresses itself to the emotional and psychological aspects of athletic endeavour. Olympic competition involves much more than the physical exertion that is repeatedly captured in the visual tautology of newspaper photography. The intense mental preparation required for competition at this level seems to evade the attention of professional sports photographers. Jane Ussher's refined and penetrating vision begins to redress the balance. 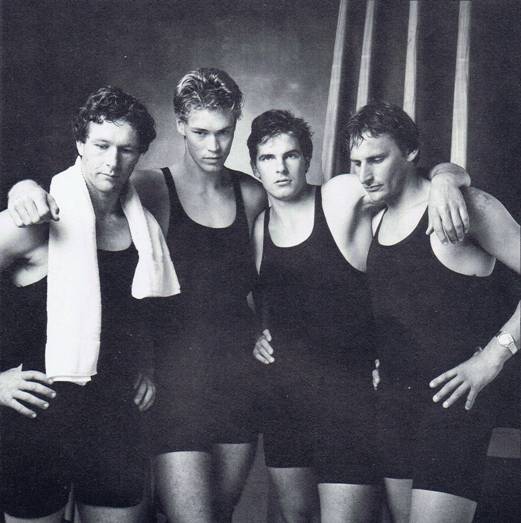 These photographs repay careful viewing in the original. They are tremendously sophisticated images that invite interpretation on many levels. The placement of the portfolio in a gallery context imbues the photographs with a significance that can be missed in the ephemeral time-span of a weekly magazine. Something of the richness and sensuous tonality of the original prints is lost in magazine reproduction and when the photographs are freed from their proximity to caption, text, and advertisements they achieve an almost iconic significance. They will remain an important contribution to the emergence of a New Zealand cultural identity.