Of recent exhibitions in Wellington Both Melvin Day's Full Circle and Recent Paintings at the City Art Gallery and Louise Beale Gallery, and Ray Thorburn's PH & D paintings are deservedly to be given wider comment in this and the next issues of Art New Zealand.

Malcolm Benham's latest exhibition at the Janne Land Gallery was an inventive display of structural abstractions. Suspended overhead, his free forms bore down upon the observer invading the viewer's space as much in terms of created objects as paintings. His group of white, packaged tubular forms, tilted in an obliquely poised harmony, showed Benham's strong concern for spatial relationships.

This spatial quality was evident in his surfaces - patiently built up of superimposed layers incorporating a wide range of materials: wire, paper, string, canvas, wood, coat-hangers or whatever was to hand. These were glued, tied, bound and notched together in an elaborate scaffolding of forms and meshing of substance to provide a remarkably malleable, palpable surface which Benham had literally encased in paint. 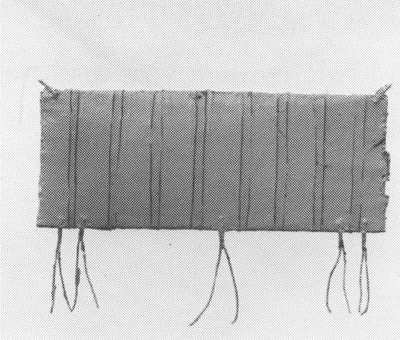 In the tradition of Pollock and the Tachistes Benham dispensed with brushes, applying his colour volumetrically - scraping it on with sticks or wads of newspaper so that the accidents of clotted, rippled and mottled paint became a positive reinforcement of art as pure creation.

Beneath these layers of tangible colour was a very real concern for geometric construction. Benham displayed as much fascination with repetition as with variation. In contrast to the free, almost sumptuous handling of paint with its glossy surface and gleaming brilliant splashes, there was an organisation of the surface into vertical or horizontal bands, a deliberate stacking and balancing of forms that had an almost mathematical precision.

The push towards the painting as object was also evident in Marlborough artist John Parker's latest exhibition of paintings at the Janne Land Gallery. Essentially a landscape painter, in these most recent works Parker eliminated traditional horizons to present the countryside from a bird's-eye point of view, the wind-swept farmlands divided up into huge rectangles, the landscape translated into pure pigment. In the Slab paintings the viewer was confronted with a 'field' that was in reality a paddock viewed hard up, the central portion a concentrated mass of dense brushstrokes suggesting grass and movement, fenced in by dark areas. The physical handling of paint with its continual changes of direction and often violent reworking evoked a rhythmic dialogue of restlessness.

His Sermon paintings (partly the result the impact of churches around Invercargill made upon Parker) were resonant almost meditative harmonies of grey, blue and green. The Sermon with its granite leaden greyness conveyed a feeling of mass, a sombre moralism echoed again in The Sermon Green and The Sermon Blue. The heavily textured surfaces bore a dramatic solidity, a contemplative, interiorizing of surface broken only by black rectangles which alternately hovered on the surface or penetrated the painting, creating paradoxes of figure and ground. These dark shapes were vaguely architectural in their repetition, like windows, or echoed the formalising geometry of musical intervals, the staccato notes of jazz in gospel sound. 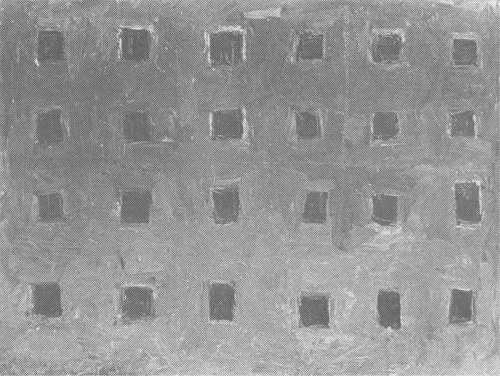 Pat Hanly's exhibition of watercolours at the Peter McLeavey Gallery was a testimony that unabashedly decorative realism is alive and well in New Zealand.

Hanly's work consisted of a series of spirited analyses of his garden - each a separate visual encounter handled with vigour and authority. There was a dynamic, improvisatory quality in the gesticulating forms of plants and trees, whose ragged, aggressive silhouettes were invested with an almost nervous energy, a sharp contrast to the relatively calm stretches of lawn and sky. Hanly's palette was hot, even tropical, though sometimes airless: an orange sky studded with blue clouds set against purple-green foliage, or brooding darkness stained with pink shadows, grass speckled and haloed with white, strong, clear outlines.

While not striking new limits within his work, this exhibition was notable for its sure resolve of design and an all pervading sense of artistic enjoyment.