Len Lye was born in the first year of the twentieth century, in Lyttelton, New Zealand. He died in 1980, in New York. As far as New Zealand is concerned his was a singularly creative intelligence: no other New Zealand artist responded so substantially to the new moods and new possibilities of the times. His story will make fascinating reading when it is put together. The world into which Lye was born could be taken as a threshold, a new century, 'modern' optimism, following a century of unprecedented change..Within change people need stability. They may look back with nostalgia. or attempt to impose continuity. In the nineteenth century, official art, the 'Salon', made many impositions. In painting, the laws of one-point perspective were more insistently adhered to then than at any stage since that system's development. But alongside this was an alternative - the art history we recognise now, which responded to the actual discontinuities, the progressions of the times. In a world of increasingly multi-perspectived reality new systems were essential for art. But neo-classical rigidity, academic rules held up and hindered natural evolution. A multi-perspective method should have emerged in Gauguin's generation. Delayed evolution would later break through in the Cubist revolution.Since the mid-nineteenth century, photography had been constantly extending the understanding of visual reality. Innovators had been striving to give these new images movement (kinema). Sequential pictures, moving pictures: Cinema evolved. The world of Lye's birth placed a new emphasis on dynamic motion.

Through the nineteenth century, the broadening horizons included increasing awareness of cultural diversity. Europeans generally interpreted their impressions as supporting their view of themselves as humanity's evolutionary peak, but a few instead saw alternative histories and societies, alternative possibilities for themselves. To be an artist Gauguin chose to quit Paris, the very centre of art - for Polynesia! 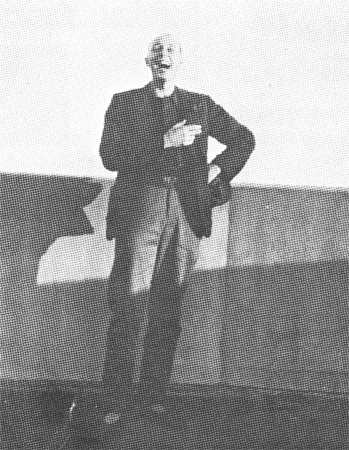 Reality was extending in all directions. Vision was extending microscopically, telescopically, photographically. Understanding was developing outward and inward into the world, the universe; human minds, behaviours, and emotions; diversities and similarities; the conscious, sub-conscious, pre-conscious; old brains and new brains. People expressed their realities: for many with old limitations; for some with new extensions. Len Lye in New Zealand was uniquely able to respond to the newer possibilities.Lye's formative art experience was within the Academic-Colonial style. But he also had an alternative - Maori art - the local form of a universal. Tribal Art. Lye moved on to Samoa, to Australia, experiencing other tribal traditions. In Australia there was also Cinema. He would blend implications from the mythic, from tribal ritual, with the modern mechanical. He was a product of his time and place; not an inevitability: but unique. In hindsight, it seems natural that he should have joined in when Kinetic Art became a dominant mood in the nineteen-fifties and 'sixties.Lye constantly sought alertness to new understandings, and sought to link these to his own particular reality, his own endeavours. He absorbed notions from psychology and surrealism, anthropology and tribal art, tribal dance and cinema, myth and machine, the study of genetic biology and the study of self. He strove to be up-to-date in contemporary and primitive thought. From New Zealand, and Oceania, to London, then New York - Lye chose to quit Polynesia for the very centre of art. Finally the work came back to New Zealand: Tusalava - coming full cycle.He was fascinated by his existence and he wished the record of that life to be kept together. Left in New York it would be dispersed or buried. He gave his posterity to New Zealand's safe-keeping, because it was here that his achievement was unique.Lye is New Zealand's great artist - from the nineteen-twenties to 'seventies. He achieved this by leaving his homeland to do his work. Here he was unique: by leaving he could become a part of the wider field and fulfil his uniqueness. He was never able to fulfil, however, anything like his personal ambition. Adequate sponsorship was not forthcoming. Finally it was New Zealand that did its best to get sculptures made, the one last film, and another revised.So far there has been a failure to study and present Lye as the extraordinary New Zealander able to be so richly a product of his times. The tendency has been to try to make him that mythic historical absurdity, a character ahead of his time. So far, rather than objectively seeing his memory and seeking to give him his rightful place in world-art (whatever that will be), the concern has been for patriotic legend. This book opens with an introduction by the editors which continues in that vein. It is keen to have us see Lye as 'among the vanguard artists of the nineteen-thirties' - in his paintings no less. He is also presented as 'a forerunner of the Abstract Expressionists'. Actually, outside of our local context, his paintings are of little interest; and his kinetic sculpture did not have 'a physical presence unequalled before or since'.This introduction is keen to distinguish him from Futurist and Kinetic artists who were satisfied with visual impressions of movement; to remove him from rather than to set him into his context. It even suggests that 'coincidentally the late nineteen-fifties saw a dramatic upsurge of Kinetic Art'. Coincidentally, Lye was separate - a sovereign being.So far, there has been a considerable effort to organize and catalogue Lye's legacy. But the literature necessary to fulfil his trust is yet to appear - the honest, objective, persuasive analysis of Lye's career. The groundwork is done and the data listed - but the aim seems to continue to be hero-worship.The body of this book is a selection of Lye's writings. Rather than being the book necessary for a clarification of Lye's real achievements in film and sculpture supported by his other complementary activities, it extends the extra claims already made for Lye's significance as a painter. Here he is theorist and philosopher. He has been ahead of scientists of sundry disciplines. Further still, he is a literary figure.

Lye was fiercely determined to keep up with the play. The legend which this book serves would push him ahead of it. It concerns me that by building Lye up as the 'uomo universale' he may be made into a mere intellectual 'Jack-of-all-trades'.