The Rotorua Art Gallery and Museum

The Rotorua Art Gallery is housed in a mock-Tudor building which, seventy years ago, was the site of the Rotorua Bathhouse. Built at a time when the leisured set came to the city to take the healing waters, this erstwhile Spa now houses the Museum, the Art Gallery and a night-club.

The Rotorua Bathhouse, now the Rotorua Art Gallery and Museum

The Gallery's Director, John Perry, took over his post in 1978 when everything was in its formative stages. He inherited six W.G. Bakers, the Society of Art's Contemporary Painting Collection, with major works by Woollaston, McCahon, Brent Wong and Edward Bullmore, some Victorian marbles by the Australian sculptor Charles Francis Summers, and several very cold rooms with no lighting or running water. 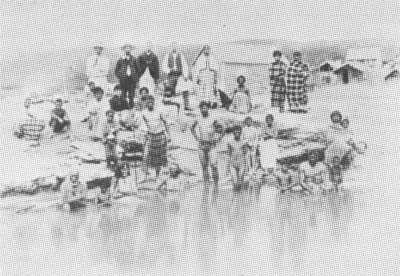 The Oil Bath from the exhibition Whakarewarewa, the People & the Place

Even though the acquisitions budget was extremely small, Perry immediately decided to mount exhibitions and buy works which related to the thematic areas associated with the city - that is, art concerned with Maori and Polynesian culture, geothermal activity and the Maori image in a historical context. 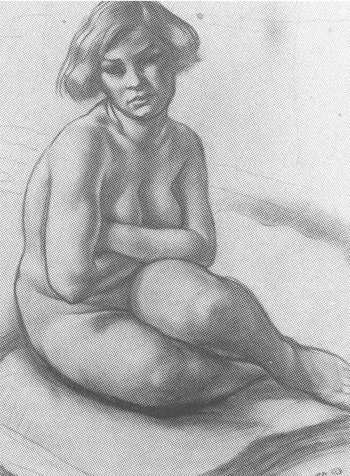 The Gallery contains major works by Edward Bullmore, Theo Schoon, Rata and Colin Lovell Smith, E. W. Payton, Christopher Perkins and Denis Knight Turner - artists who had all lived or worked in and around Rotorua. Perry buys contemporary works which reflect these artist's place within the mainstream of New Zealand Art.

The Twin Guides: Georgina Rauoriwa and Eileen Rangiriri from the exhibition Whakarewarewa, the People & the Place

Major exhibitions of such artists have tended to run concurrently with shows based around Polynesian themes - Moko, the Art of Maori Tattooing, photographs of Samoan tattooing by Mark Adams, and Feathers and Fibres. Photographs from this last show have been collected into a Penguin publication, which will be launched in New York when the Te Maori exhibition opens in August. All these collections give tourists and locals alike the opportunity to experience a different aspect of Maori Art from that promulgated in more conventional tourist circles. 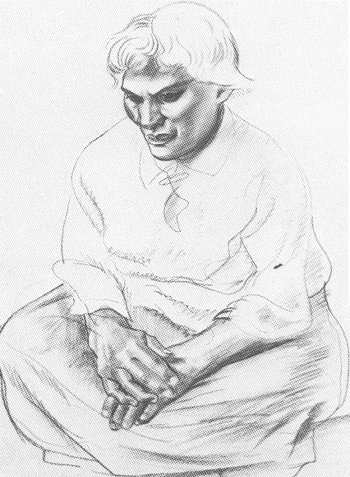 Although Perry's funding is comparatively meagre, he manages, by skilful buying, to maintain a collection that has a very individual character and is always offering new insights into the cultural heritage and resources of the area. Two exhibitions which are currently showing - Plebeian Images and The Pink and White Terraces reflect this policy.

Plebeian images offers a range of old prints, chromalins, photographs and lithographs relating to the natural world around Rotorua. The pieces in The Pink and White Terraces range from an oil by Charles Blomfield to Victorian photographs of geysers and mud-pools, pen-and-ink drawings and postcards of ladies holding on to their skirts in this 'Geothermal. Wonderland'. No single work has cost the Gallery more than $100 (except the Blomfield, which is on loan), yet as an exhibition, they offer a unique vision of the city's geothermal past. 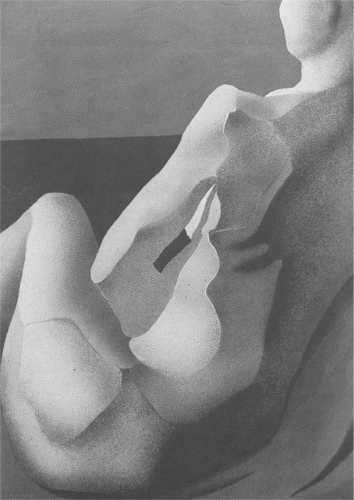 The Pink and White Terraces has been hung in rooms which were once a restaurant and bar. in the near future these areas will be converted into Gallery space and several mezzanine floors will also be constructed in the building. 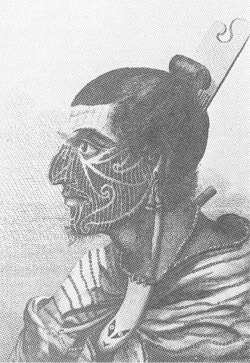 Engraving from the exhibition Moko, the Art of Maori Tattooing

As this magazine goes to press, the Rotorua City Council is debating the Gallery's future. It would be a great loss to the people of Rotorua and to New Zealand Art if this enterprising Gallery was allowed to fail, in favour of a more tourist-orientated Art Museum.