The Significance of Repetition

The growing formalism evident in Peryer's post-Diana work was the most notable aspect of a tightly-selected and crisply-hung show at Denis Cohn Gallery in February/March this year. This 'new' - that is, different formal style was sprung on us first, to all intents and purposes, by his 1981 Grid Series, a horizontal triptych of intruding shadowed grids (nearly always reproduced - wrongly - vertically) where the first and third images are the 'same', but, within the triptych, each is rendered different solely by its relation to the central, second, image. This altered state through a defined relationship has characterised Peryer's work for the past three years, and is evidence of a formidable, albeit elusive, intellect, which, in view of both his dismayingly commonplace subject-matter and his own mercurial personality, is all too often overlooked. 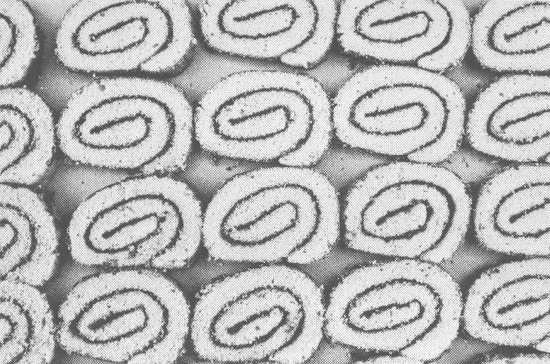 While Peryer draws on movements and artists as distinct as Constructivism, German avant-garde photography, and Moholy-Nagy, his intellect saves this from being merely an art-historical tour to mould it into a highly-personal visual ideology of a kind unique in this country - one, I suspect, rather unsettling for those nurtured on the social documentary tradition of American photography.

In that tradition, significance is defined in the relationship between the subject-matter and some external moral principle or journalistic story. In other less influential - at least until now - traditions, significance is defined within the image itself, so that, in this case, it could be said that Peryer creates significance simply by concentrating his attention on certain subject-matter. No randomness is hereby suggested. It is, rather, and perhaps in spite of appearances, the result of a highly complex symbolic perception of the world. Where the symbolic differs from other perception is in the unconscious nature of its deliberateness. And while that makes work coming forth from it more difficult to explain, it makes it easier to recognise. And we are, after all, dealing with visual art, not novels.

With subject-matter including zoo animals, botanical specimens, beach flotsam, displayed food, and such literary titles as Order and Chaos I and Sonata, the temptation to be merely descriptive - more in the manner of literature than visual art - is a strong one, and, in a medium that can, in terms of subject matter, draw so rapaciously on reservoirs of credulity, almost impossible to resist. 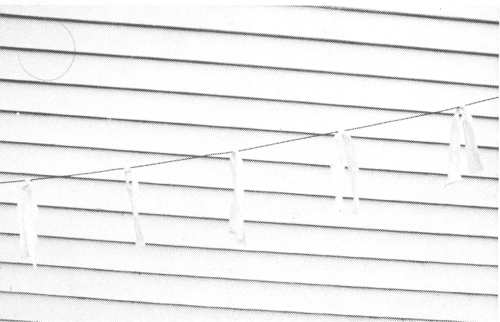 But, no matter how often one must rely, for simple convenient reference, on describing subject-matter and repeating titles, one must continue to look at the actual photographs as the close-up, ambiguous, layered images that they are; in fact, devote to them the same intense scrutiny that Peryer turns on the world.

The first two works in the catalogue relate directly to the Zoo Music series, with Birds and Cage, Auckland Zoo as engrossing as it is complex. And in turn, these images relate to the two Order and Chaos works which, taking up the musical analogy, are a kind of score without notation, but music nonetheless. Which leads to another work, Reconstruction, where, with five bits of cloth strung on a line against the regular horizontals of weatherboards, the notation reappears, echoing the five repeated images of his work Torso in the Views/Exposures exhibition.

In works such as Playground, A Study in Random, and Meat Scene there are resonances of the New Objectivity - the German style of the nineteen-twenties and 'thirties - and again, in Meat Scene, the angle of the intruding meat dish echoes the angle of the bath in the 1977 self-portrait in which the photographer floats face downwards. 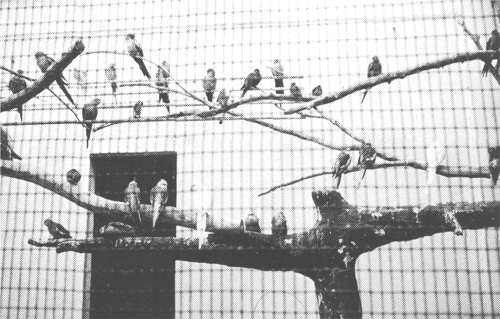 Peryer's fascination with repetition - not, I must emphasise, as just a fancy stylistic trick to accord coherence, but recognition that such reoccurences constitute some kind of proof of existence - is expressed, in the three photographs of displayed food, Doughnuts, Jam Rolls, and Neenish Tarts, within the images themselves, and as such make the most compelling group of works in the show.

The simpler, softer - but still disciplined - forms of the mainly natural subjects (leaves, water lilies, seaweed, beaches and trees) somehow carry less weight than the more angular and layered images of zoo music and displayed food, even though the former category is the more immediately accessible and 'interesting'. The difference could perhaps be illustrated by comparing the weight carried by the spare and angular forms of Gregorian chant with that borne by the comparatively fulsome and more melodic religious music of, say, Verdi or Rossini.

The two commissioned portraits would appear to have been included to inform us of an aspect of the photographer's current work. 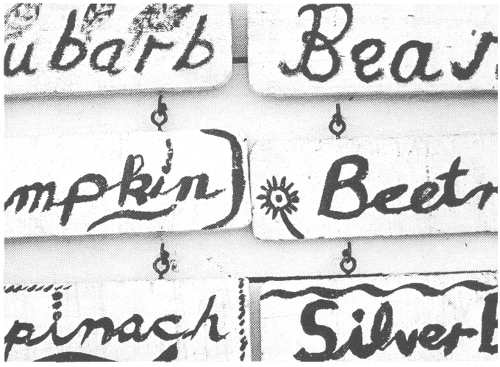 The tightly-selected nature of this show is further evidence - rare among photographers - of Peryer's tough and disciplined approach to his work, and displays a self-critical rigour that is even rarer. And the photographs themselves are hung with such care and unusual intelligence that it is refreshing to experience a photographic exhibition without feeling like a salmon swimming upstream.

Prices for the prints are either $90 or $120, which, as faithful observers will recognise, are significantly lower than what we have come to reckon on. The photographer explains, 'I want to get the photographs out on to walls working for me.' While Peryer would be the last to misunderstand the Wildean distinction between price and value, such commercial realism is further refreshment in an area where, in terms of the existing public market, much contemporary New Zealand photography is foolishly overpriced.