Rita Angus
Impressions by some friends

Over a period of many months I had been compiling a collection of colour photographs of contemporary artists. I had heard that Rita Angus was a very private person, and because of this felt hesitant about approaching her. But I was in Wellington briefly during Christmas of 1969 and decided to call. It seemed inconceivable that she should not be included; and this enabled me to overcome my apprehension at possibly being intrusive: a feeling that was intensified as I walked the long and narrow right-of-way leading to her house. 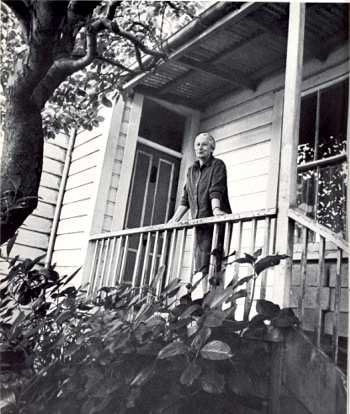 I need not have worried. Her reception was extremely warm, though she expressed surprise that I should wish to photograph her. Her natural modesty, which was so evident both in her manner and the house she lived in, simply failed to comprehend my particular interest. However she agreed to my request, and set about making me feel at ease rather than the reverse, and we talked easily over coffee.

Rita Angus was extremely easy to photograph. There was nothing at all self-conscious about her, and vanity played no part in her make-up. Her face revealed her lively spirit only her movements the physical frailty and pain that she tried to conceal.

When I called she was engaged in painting the headstones that were being removed from the cemetery at the bottom of the street she lived in, Sydney Street West. This desecration disturbed her immensely, and she was intent on recording this part of history before the bulldozer had completely demolished it for redevelopment. It was anathema to her fine sensibilities; and she made daily pilgrimages there in silent protest. 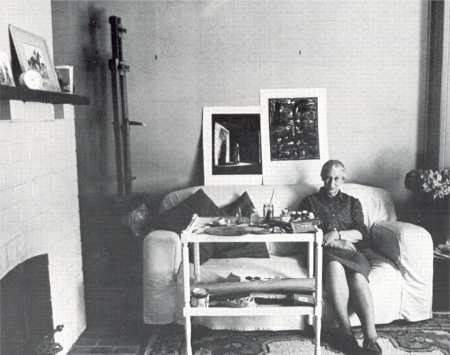 She was enamoured of Wellington. Did we know it? Could she meet us the following day and show us some of the smaller galleries? Such was her generosity that, although time was limited for her, something she knew and which we didn't, she could still afford to share it with us.