The girl goes dancing there
On the leaf-sown, new mown, smooth
Grass plot of the garden Escaped from bitter youth,
Escaped out of her crowd,
Or out of her black cloud.
Ah, dancer, ah, sweet dancer!
If strange men come from the house
To lead her away, do not say
That she is happy being crazy;
Let her finish her dance,
Let her finish her dance.
Ah, dancer, ah, sweet dancer!

It is no coincidence that a new photograph emerging in Christine Webster's imagination has a similar subject to Yeats's poem, ‘Sweet Dancer’, for these are universal themes, related to myth and legend. 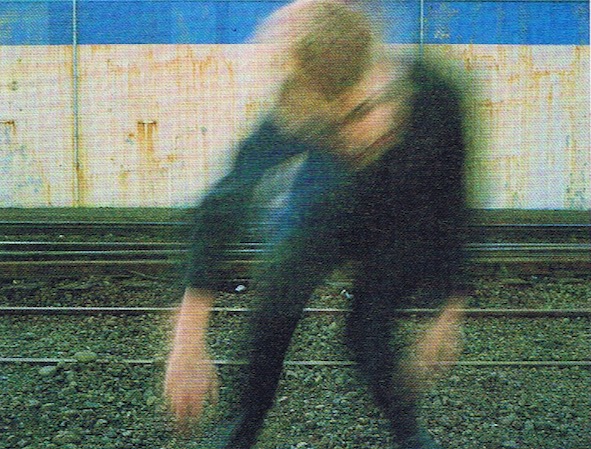 In her recent exhibition of Large Colour Photographs Webster's pieces are arenas where things happen, events compressed into the tightest possible span to become a whirling blurr, an enigmatic fragment set between before and after. These moments are concerned with human responses: movement, frailty, dislocation, exuberance. The human image is ethereal, a transparent vision against more substantial backgrounds—a railway yard, a brick wall, a lighthouse, a large empty room. Theatrical make-up and costume enhance the feeling of a ballet distilled into one gesture.

Often Webster will choose to portray that moment before exuberant energy topples over into exhausted despair. In other images, faces come, up very close to the viewer—out of focus, as if to implore the viewer's response—as a baby would imprint his face into a mother's consciousness. 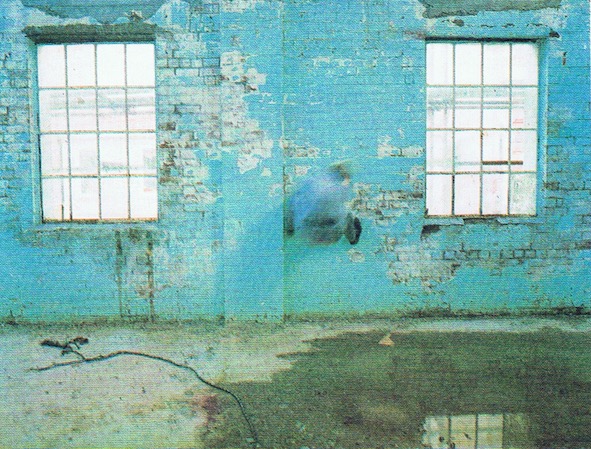 In Sail Through 1 (1982), an almost obliterated figure, wound up into a foetal ball, bounces against a green, paint-peeling wall. A large dark puddle, a twisted piece of rope add gloomy notes—'Merry Christmas' scratched on a window-pane ironically echoes the feeling of empty despair. In Roomers (1982), two pyjama-clad figures cavort within a bare room and the floor shadows of the window-grid suggest an institutionalised containment, a flimsy moment of exhilaration doomed within a framework of imprisonment.

The cityscape seen through the windows seems forever out of reach. In these images the photographic medium appears perfect for encapsulating moments of part apparition, part reality.

Webster's use of colour is very beautiful. Her images make colour an integral part of the work. Without colour, they might seem to be deprived of fantasy, their imagination stunted. 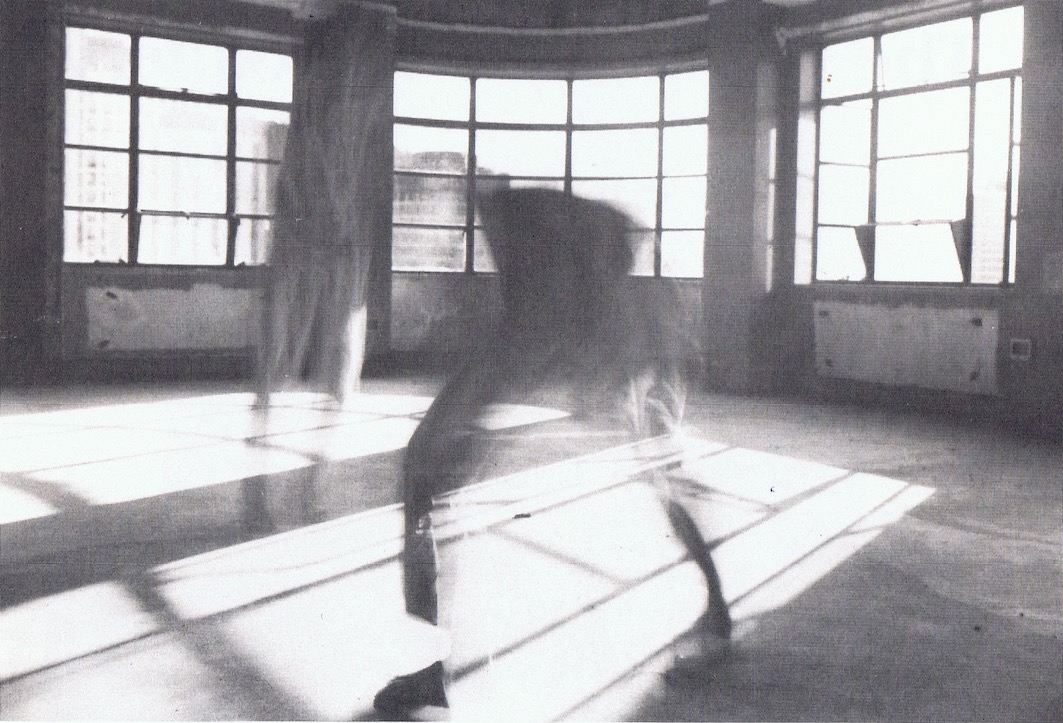 A unique quality of the photographic medium is its ability to investigate and report back on TIME. Early photographs requiring long exposures felt literally impregnated by time. Sequential images have been used to look into movement and to see events proceeding in a certain direction, inferring cause and effect, revealing action and reaction. The blur-red image can portray speed, the performer outperforming the camera, staying, as it were, one jump ahead. But in Christine Webster's images, blur reveals body image as mere energy essence, the persona being a flimsy thing requiring every effort of will, determination and energy to maintain identity.

Christine Webster has recently moved from Wellington to Auckland. The first images for some time are being evolved. In one, a young man lies on the ground surrounded by objects of primitive mystery: sticks, bones, fronds. He holds a large palm-frond to himself in an attitude of adoration.

For the moment anyway, Webster has abandoned blur, though she says it will remain a part of her vocabulary. Instead, in the new images, the central figure is super-still, possibly asleep or even dead, transfixed into immobility by the photograph, surrounded by accoutrements of his own fantasy as an organism caught in amber would be surrounded by fragments of its environment.

Webster talks of the requirement of courage in creating these images, of the need for strong faith in her own personal vision. Certainly, she is moving into areas of naked awareness, exposing and exploring the fantasies that lie beneath her own, and everyone's existence. Hers is a romantic and unusual vision, concerned with the transitory elements of existence. As she continues to evolve a personal symbolism she is already certain of directions and sensitive to universal impulses. At 24; Christine Webster has a remarkable maturity and a strong sense of purpose. In her work it seems that an important exploration of the human condition is underway.