Lucian Freud is not well-known in this part of the world. His paintings are not widely accessible in art gallery exhibitions or in publications. Lawrence Cowing's book is then, a totally necessary and welcome survey of what Freud has painted since his career's beginning in 1937. Lucian Freud is a traditional painter: he is a realist whose pictures belong to a 550-year-old European tradition of portraiture. His paint is, like Rembrandt's, a revelation of what it is to appear as an individual and remarkable human being. Freud's pictures are figurative before all else - like Francis Bacon's work - and are important to the world of painting because they again testify to what is still achievable with 'resemblances'. 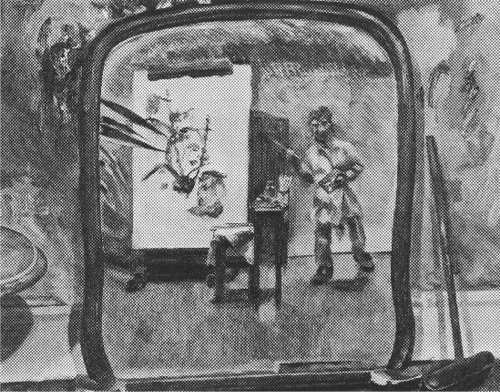 Freud views his subjects with a merciless perception. This has been apparent from works like his two paintings exhibited in Auckland recently: the Girl with roses (1947-48) in the collection of The British Council; and that great image of changed love, the Last portrait (1974-75) in the Thyssen-Borniernisza collection. Their emotion is directly a result of paint that constricts and expands into forms where the boundaries to experience are agonized over. These two paintings of the same woman, over thirty years, are characteristic of Freud who has often studied the same sitter: 'So far as I can remember I have always tried to do the same thing'. But, he also adds: 'I remember everything I've done because it was done with difficulty'. Freud's paint remembers personal physiognomy, which is essentially a phrenological stance where each area of the surface specifies human values and motivations.

The paintings reproduced in this book are not reserved or lacking in empathy. They are exemplary in engaging responses in ways many have forgotten and deign to call photographic.

Freud does not identify his sitters very frequently. Baron Hans Heinrich Thyssen-Bornemisza is mainly recognisable because he is adjacent to a Watteau that has been historically associated with his family. Freud avoids an anecdotal response to his sitters; he does not portray their social condition, rather it is their human appearance. It is purely coincidental that he has chosen his artist friends, his neighbours, his chance acquaintances as subjects. One feels that he can turn his head anywhere inside his studio and find a subject to tell secrets about the world.

Herbert Read asked himself 'What are we to say about Lucian Freud?' And answered: 'Freud is the Ingres of Existentialism'. Gowing adds '. . . it is nevertheless the best comment on Freud to this day'. The pictures in this book (177 plates and 11 illustrations in 231 pages) allow one to evaluate Read's statement, which key-notes the tonal nature of Freud's drawing: his obsession with figurative realism; and his vision tuned to a light-wave level of physical scrutiny. 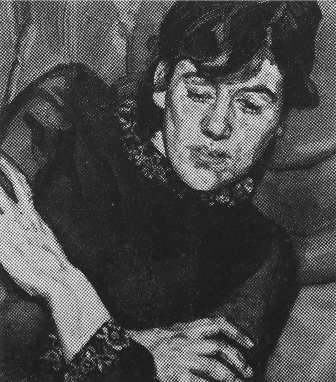 Gowing at times doubts what it is possible to say about an artist whose three portraits of the Duchess of Devonshire are the greatest paintings regarding human ageing this century. They are the climax of a painting tradition beginning with Rembrandt's self-portraits. Only Francis Bacon has sustained such painting in the search for a figure. For Freud enlarges the close-up, in an often smaller than life-size format, into human proportions.

'Noble' is a word for Freud's painting. Cowing says: 'Painting and its models are very lasting. They are for the ages, perpetual and unbetrayed'. The politics of living flesh is another description for Freud's method with paint. He identifies that which is ordinary in paint; and that which is influential inside humanist observation. One cannot explain his position clearly. His father, Ernest Freud, was an architect who encouraged his son to draw when they lived in Berlin during 1930. His grandfather, Sigmund Freud, also encouraged him to be an artist. If one wants to place the antecedents of Freud's style, then it has to be in the work of Rembrandt and the Neue Sachlickeit movement in Berlin: George Grosz, Christian Schad and Maria Davringhausen - all artists who wanted the problem-solving of a portrait to be not in its technique but in its physical effect on experience.

Freud quotes Eliot to Gowing ' ". . The more perfect the artist, the more completely separate in him will be the man (sic) who suffers and the mind which creates" . It really makes clear that art is a sort of filter.' To look at this book is to test that statement with a gift of pictures which give heart.