In 1949 The Arts Yearbook asked the painter John Weeks for some information on his life and his approach to his work. The following were the characteristically terse notes they received from him. We print them here unedited. They have at least the virtues of directness and authenticity. For the rest, one can look at the paintings: which are, by the way, all too infrequently to be seen.

Born in Devonshire, England, of farming stock. Parents emigrated to New Zealand when I was a very tiny tot. Actual dates unimportant - am now somewhere between the middle and late fifties.

Apparently exhibited interest in the arts even from a very early age. Was a bitter disappointment to the family when I decided to abandon farm life and interest myself in the very uncertain career of painting. 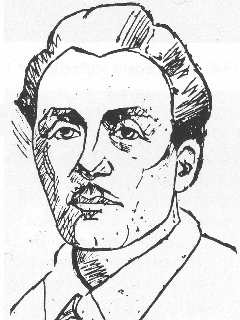 André Lhote
(wood-engraving after a self-portrait)

Started off by working at the Elarn School of Art at the time when Arch Nicoll (for whom I have always had a great regard) was a master there. Made a trip to England with my parents about 1912 and took the opportunity of visiting all the galleries and exhibitions that I possibly could. Returned to Sydney and did some work there.

After the first world-war, spent couple of years at Christchurch School of Art. Decided to go back to England and the Continent. Joined and shared studio with my old pal Francis McCracken in Edinburgh. Put in two years Edinburgh College of Art and the Royal Scottish Academy School of Painting. Exhibited two years at Royal Scottish Academy Exhibitions, awarded small painting prize.

Spent several months in South of France, Avigon, Aries, LeBeaux, Nimes, Martignes. There we met Augustus John and many English painters from the Slade School on vacation, with whom we worked for several weeks. Then we moved along the French Riviera from Marseilles to Nice, St. Raphael, St. Tropez (a most delightful fishing village), Cannes, Cagnes right up to the Italian border.

Crossed to Algiers. Cot intrigued with Morocco and decided to go there. Pal supposed to be studying on the Continent; he decided to come with me for a few weeks. Lost all track of time - spent in the finish 15 months in Morocco alone, and many months in Algeria and Tunisia. Crossed the Grand Atlas Mountains in Morocco. Discovered a lot of truth among the primitive Berbers inhabiting those territories, which sometimes makes me wonder why I ever returned to what we call civilized life. 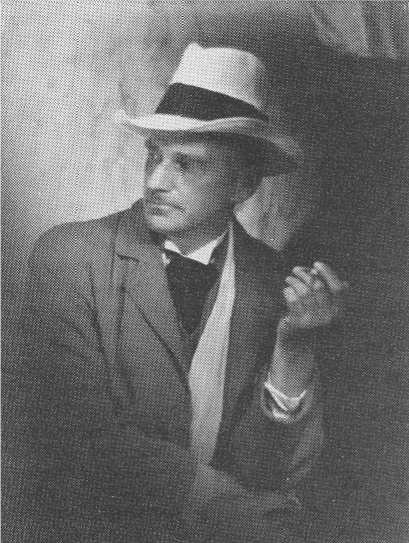 From Morocco, returned to Algiers and Tunisia, crossed from Tunis to Sicily, thence to Naples, Rome, Assisi. Enjoyed the frescoes of Giotto and Cimabue in the famous church there. Stopped and worked in all these towns and on to Florence (great galleries there). Moved on to Venice, saw the celebrated Biennial Exhibition of the world's art there, in many ways the most interesting exhibition held on the Continent. Also much of the finest work of Titian, Tintoretto, and other painters in the churches, palaces and galleries of that city. learnt quite a lot by drawing comparisions. Spent best part of twelve months in Italy.

I BELIEVE
That technical skill is much overrated in painting and that the not unnatural desire to emulate closely the appearance of nature usually forces the medium beyond its limits - and frequently ends in superficiality.
Nature is nature and must be accepted as such.
That paint is pigment and has its very definite limitations. Best results are obtained when these limitations are observed and respected. 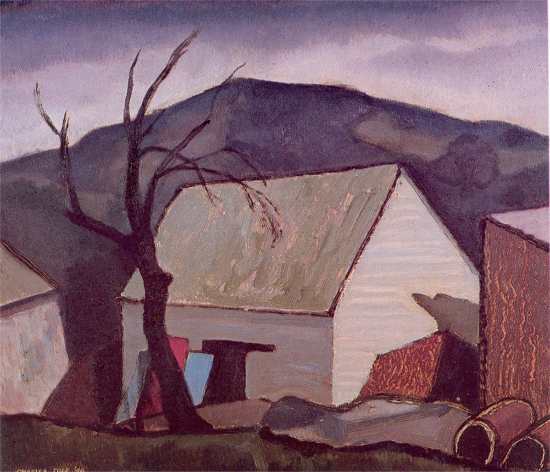 That the desire to get beneath the surface and the attempt to understand the inner meaning of the subject or object is of much greater importance.
That the ideal to work for is noble design, which implies mass arrangement, with rhythm, incorporated with fine colour orchestration and great draughtsmanship.
That more than half the bilge written about painting - and classed as criticism - is useless in that it is neither constructive in essence or liberal in outlook, and usually ends up by expressing a purely personal opinion of likes or dislikes, which in itself is meaningless in so far as it offers no solution.
That fine art has been segregated far too much from the general pattern of life to be healthy, and has, in consequence, been placed on a pedestal for the benefit of the few rather than being the accepted and natural heritage of everyone.
That it is necessary to make endless experiments into the possibilities of the various mediums, using pencil for its silver-like quality, black and white for its tonal qualities, pastel for delicacy, water-colour for transparency and for freedom of brushwork, tempera for luminosity and oil for power.
That the subject should be so well understood that whatever medium is selected it should be handled with absolute directness and decision.
That more than half the joy in painting is the feeling of achievement when one fancies he has found something worth saying in terms of paint, has made even a small discovery in the use of medium and carried out his idea with conviction and truth within the limits of his chosen medium.
That this builds up self reliance and makes one feel less dependent on the work of the past.
That blind acceptance of the best work of the past encourages a lazy mind and results in nothing but weak imitation, and that those who do not bestir themselves - do a little real thinking of their own and attempt at least some small discovery - will contribute nothing to the possible advance in contemporary life. That the artist needs to be a living dynamo and able to react to his subject as such. 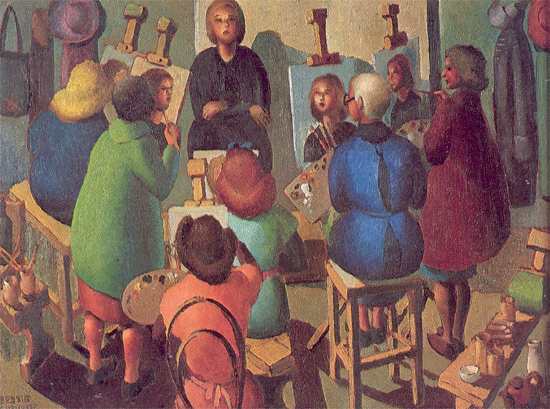