Fingers The Apotheosis of the Paua

The Paua Exhibition at Fingers, the cooperative craftsman / jeweller gallery continues a long tradition of innovatory jewellery exhibitions which over the past few years have extended viewers' perception of what jewellery really is, and what it can be made from. 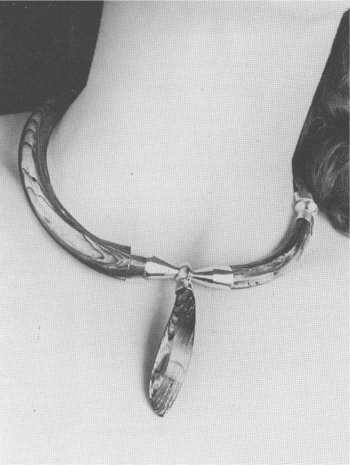 The most notable exhibitions from this gallery in the past have been: the Bone Show, where bone was used as a precious material; the Worn-out Art Show, where sculptor Terry Stringer, painters Philippa Blair and Tony Fomison, presented their interpretation of the found object as body ornament; and Ruby Cash's delightful Femo creations.

The Paua Exhibition, though perhaps uneven in content and expression, illustrated many ways in which the paua shell can be used and appreciated as a precious material - in contrast to the 'airport art, definition so familiar to us in the antipodes. 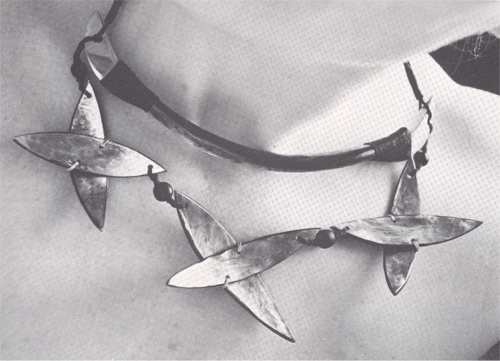 The central theme throughout the major pieces, was the return to 'body adornment' as a primitive iconic statement. This concept of using jewellery as a talisman was vividly expressed in the works of Roy Mason, Warwick Freeman and Michael Couper.

Roy Mason combined paua with bone, laminated shells, and grandadilla (a South American wood) to express strongly Melanesian-influenced body adornment: a theme expressed even more intensely by Warwick Freeman, who used the canoe form - the idea of the embellishment of the chest with a powerful object, that traditionally was used to emphasis the sacredness of the head. This primitive concept was combined with the traditional western approach of perceiving jewellery as ornament, in Michael Couper's sensuous, tactile silver-and-paua necklaces and bracelets, where the full decorative properties of the shell itself were explored by sensitive cutting and putting together with the solid silver. 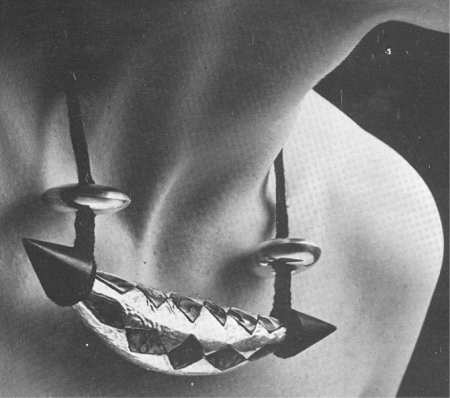 Alan Preston's Flying Banana also reflected the primitive theme, and added wry humour to the show. His Papua New Guinea jewels were a pure decorative statement in repousséd enamel of the richest blue, with much attention to fine detail.

Marion Chasteau's personal memorabilia of summers passed showed delicacy and a feeling for detail, which was also present in the work of Ruth Scholfield, and Elena Gee: who, however, had none, of Chasteau's lightness of touch. 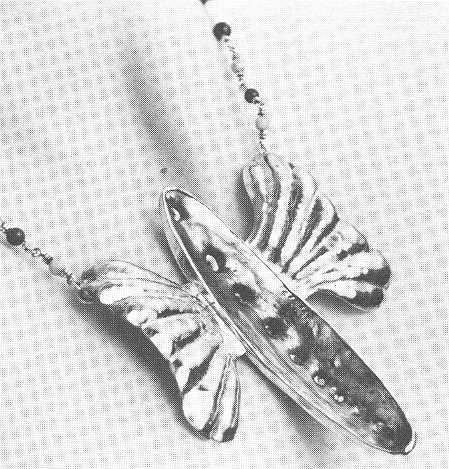