When he presses the shutter on a segment of the present moment, preserving it on film as visible evidence of the past, the photographer becomes, as Berenice Abbott said, 'the contemporary being, par excellence'. Photographers who function on a deeper level than that involved in feeding the maw of a capitalist economy tend to be peculiarly sensitive to time and its ravages, and to have a sense of urgency about recording (for posterity, if one is optimistic) the rites and artefacts of human existence.

Robin Morrison is one who searches out with his camera essential characteristics that define for him the identity of this country. He photographs its people, how they present themselves, their way of life, how their buildings are constructed and painted, how they have altered the landscape. 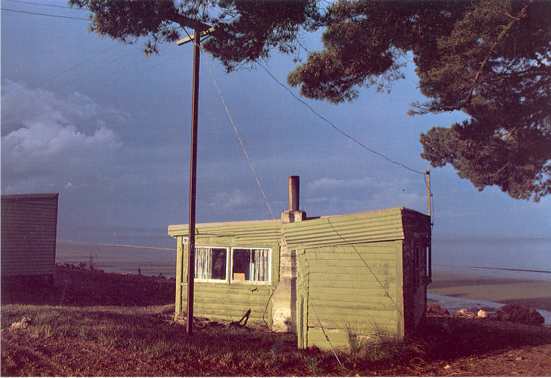 His work is based firmly in a documentary tradition. He is essentially, to use John Szarkowski's definition, a 'window' rather than a 'mirror' photographer. That is to say, he explores and interprets the world in photographs specific to time and place rather than using the medium as an inward-looking means of self-expression. Nevertheless, he says his photographs are 'reflections of who I am at this stage'.

His books that have come out of personal projects, Images of a House (1978) and The South Island of New Zealand From the Road (1981), reveal an idiosyncratic sensibility.

Morrison, born in 1944, lived in Devonport until he was ten. He photographs there often, unearthing memories of childhood in the process of exploring the place as it is now. His father worked for Kodak, and, when the family moved to Palmerston North, as a home-portrait photographer in the Manawatu backblocks. Around the family home were volumes of famous paintings. As an adolescent, Morrison recognised in the landscapes of Van Gogh 'another dimension of pure, manic insight'. He looked at the work of photo-journalists in the American Popular Photography annuals he collected, and in late 1940s issues of Lilliput, which also published photographs of 'glamorous nudes, artfully lit'.

Living in London in the 'sixties, he began using a camera himself, stimulated to photograph things as they happened and people unawares on the street. He photographed an anti-Vietnam War demonstration with an old Voigtiander, hoping to sell the prints to the International Times, the underground newspaper he worked for. They were not published: but he had found the medium that answered his need for self-expression.

Since 1971 he has worked as a freelance photographer for the New Zealand Listener. In 1975 and 1976 he produced two calendars that reflected a preoccupation with people and their buildings: one for the Thorndon Preservation Society, Wellington, and a Ponsonby, Auckland calendar which he published himself.

In 1978 he went south to photograph the people and places that were to be dramatically affected by the Clutha hydro-electric scheme. Three days there were not enough: but he was determined to go back with time enough and free of pressures to document the South Island - a place he had loved since he was an anthropology student in Dunedin. A grant from the Queen Elizabeth II Arts Council enabled Morrison, with his wife Dinah and their two sons, to spend seven months in 1979 travelling 28,000 kms along often deserted roads, seeking out his personal and unconventional view of a place that is usually depicted in scenic clichés.

Morrison's photographs have the deceptive simplicity and economy of means that comes from the experience of many exposures, and from ruthless editing. To this end he worked with 35 mm colour transparency film and frequently projected the images on to a screen to evaluate them. From the Road is made up of one hundred-and-fifty-five photographs he culled from his thousands of exposures. 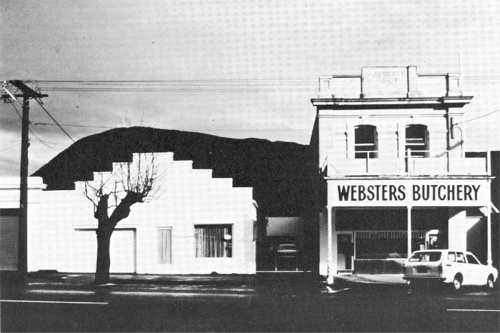 'Editing plays a very important part in my work, because I work round a subject. I could never be a 10 x 8 cameraman, set up the tripod, put the camera on, and take just that one shot. I'd feel very nervous about that. Something might happen to the negative. Apart from that, I like to work round it until I feel right ... just that fraction to the left, just that fraction to the left, or just those few more minutes waiting until the sun comes out and the light's better, or someone moves in front. Happenstance. Fate. I'm very much aware of that in photography'. He relishes what Henri Cartier-Bresson, the great exponent of 35 mm photography, calls 'the decisive moment': that instant in the continuum of seeing where all the visual factors are resolved into an essential, perfect image.

Morrison likes to photograph people in their own interiors, the way they want to be seen, with the things around them that reveal their personalities, their aspirations, their tastes, a practice that reflects Cartier-Bresson's dictum that one should respect the atmosphere that surrounds the human being, and integrate into the portrait the individual's habitat.

Affable and outwardly relaxed, Morrison gets on well with most people, revealing something of himself quickly so that they too can reveal themselves for the camera. He works to put people at their ease, keeps his equipment simple so as to make the process of photography unobtrusive. With the lens stopped down and a slow shutter speed to gather in that sharply-focussed detail, calm, and stillness must prevail. His subjects do not have the anxious look of unwilling quarry. They are acquiescing, almost formally, as in studio portraits.

He works quickly, often slightly apprehensive that he is not going to be able to capture what he sees - or, if it's a very unusual sight (like Fred Flutey in his paua shell living-room in Bluff) he is almost superstitious that it will vanish before his eyes.

Morrison's photographs are often wide-angle, sharply-focussed throughout. The viewer is often confronted with people and/or buildings placed centrally in the image: but the eye moves to every corner of the photograph absorbing information. The powerful presence of light, intrinsic to the medium, bathes many of the buildings and landscapes in his photographs with the golden glow of late South Island afternoons. Ethereal light and colour characterize photographs like the two of the Anzac Day dawn parade in Lawrence, and in Lake Mahinerangi, golden hills lie beyond a road and lake subdued in shadow. His use of light gives us, too, a sense of weather, as in Bridge, near Seddon.

Sometimes Morrison uses what he calls 'hyper-cliché', a photograph that looks too familiar to surprise us: until closer inspection reveals its unusual qualities, like the eeriness of the artificial pond for wildfowl, near Queenstown.

For him, the creative work is in the photographing, rather than the processing; although he does his own black-and-white work. Professional colour labs process his colour photography, giving him 'a good translation' of what he has produced.

Morrison's account of photographing Rachael and Fanny Short, two elderly sisters who have lived in the old goldmining town of Bannockburn all their lives, is a useful exegesis of his working process.

'I'd actually met them a year before I took their photograph. They seemed to me to be archetypes - symbols, totems, tokens - of what old ladies can be, of what old ladies in their situation are. We got on well without knowing anything about each other, talking on that clear, polite level. I set up the equipment I needed, very minimal, - tripod, 35 mm camera, film, no meters, bracketted the exposures. All straightforward, simple, fairly wide-angle to be able to include in the photograph the pictures of them, their surroundings, their cream walls, the old telephone, the old radio, the cushions they sit on, the way they dress, their pearls around their necks, the way they have their hair, the way they hold themselves, fold their arms, fold their hands, look at the camera.

'The only thing I do is that I sit people in a position so that the light is good and ask them to look at the camera. But I'll take a number of photographs, so they can relax into them. And what comes through is as near as possible to the way they are, with no disturbing influence in their faces of anxiety, or nervousness over being photographed.' 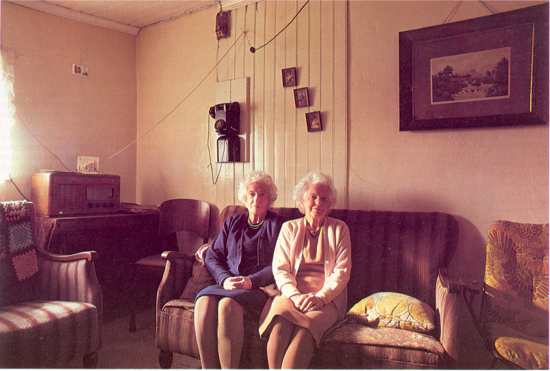 Morrison says there is a coolness and a distance in his photographic stance: a detachment that comes from having an over-all view of the whole subject. In that sense he pre-visualizes or 'pre-feels' a whole concept, through individual photographs that are to be part of a whole, preferably for publication rather than exhibition (though fifty photographs from the South Island book were shown at the Auckland City Art Gallery in July).

From the Road abounds with photographs of unusual gospel halls, post offices and pubs, odd examples of deco architecture; and occasionally the positively weird, like the man emerging from the crumbling facade of the Brian Boru Hotel, Greymouth. Some photographs, like the archetypal one of Ralph and Nardi Glasson, apiarists, Blackball, isolate unique aspects of New Zealand life. Morrison is keenly aware in photographs like these that what they depict is taken for granted, is in fact changing or has already disappeared. The bar of the Red Lion Hotel, Greymouth, no longer exists, and a new brick bar sits alongside the condemned building. The road to Cromwell he photographed in the snow will not be driven on for much longer.

He is already mentally working on a North Island project that will require a lot of travelling, concentration and energy early next year. He has strong feelings about what he wants to express: but he knows as all photographers do that the look of his photographs will be determined by fate - in terms of the people he meets, the landscapes he sees on the way, the buildings that are there, or not there.

Morrison says he has to photograph alone, within himself, concentrating entirely on what he is doing. Nevertheless the warmth of family life is of 'total importance' to him-I could never photograph if I was a disaffected, sour, unloved, unloving person'.