In a group exhibition at Snaps Gallery, anchored under the theme 'Rooms', fifteen photographers were invited to participate. Thirteen made it to the walls - each given room to voice their concerns.

For the opening night-cum-mid-year-party more than a hundred people packed into the gallery, six of them staff from the University English Department, invited up to talk about 'Rooms'. People came from everywhere; and for a night the gallery itself was a room as a self-conscious point of rendezvous.

When all the smoke is gone, you are left with this room back to normal: empty, with the work of thirteen photographers hung on three walls. 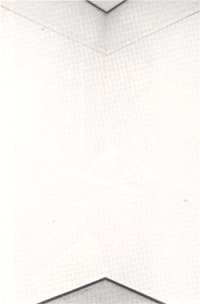 First up is a found image of the 'thirties: a living room decked out in style. The photographer is unknown. There are implications here of the room as a historical container, of photography as a retainer of that. The reproduction of this image on the invitation, its 'flagship' situation, may indicate something of the organizer's view of 'rooms'. If this is so, it seems fortunate that some of the artists take up the theme as concept rather than just play it out as subject.

Gordon H. Brown has three works from his 1974 Hotel Series on show: three North American hotel bathrooms that reflect the Global ViIlage aesthetic - standard through time and place. All three rooms are covered in ceramic tiles: but it is from the differences in the way they're put down, in the mortar between, that Brown draws the analogies which make his works carry weight. One by one the 'pictures', their subtle variations, speak for individual towns. Washington is functional and stark; Toronto is modern and dark; New York is New York. It seem that you could learn as much of the world from its bathrooms as from its airports - which is how so many 'see' the world.

Shirley Gruar shapes her three works to a similarly 'concerted' end. Now the gaps are changes in time and the room is The Room, standing solid against the moves of the Universe. Day One sees light breaking into the room from a troubled sky; Day Two is reversed: the light has its white eye in the room; Day Three is passed, everything is dark, littered with debris; there is no Day Four. Gruar holds you in the room and pulls you through it at the same time, showing something of that essential clash between what we know and what we need to believe that the room shelters.

Take another angle. With Bruce Foster and Diane Quin we have the artist selecting works from their recent portfolios: under this thematic regime. Foster's rooms are the place of the Moslem day of rest for shipwrights on the west coast of India. It is the place of sanctuary, of letter-writing, of peace for some: restlessness and idleness for others. He uses architectural elements to divide the depth of a room, as a measure of the penetration of camera and photographer, the effect being something of a distillation of atmosphere as we read back.

Diane Quin's works are of Sinai Bedouins: with not a 'room' in sight. She's one of the few to have taken this theme, overlaid it on her works, and selected ones that turn the theme into discussion rather than merely illustrate it. The cloak of the Sinai woman is, in a very real way, the 'room' she lives in, says Quin. And titles such as One Month after Sadat visited Begin allow the photographs to map out their original areas of concern as well. Quin has looked at all that was given to her and made the most of it; she's set us thinking, not just offered a few stop-gap notions. 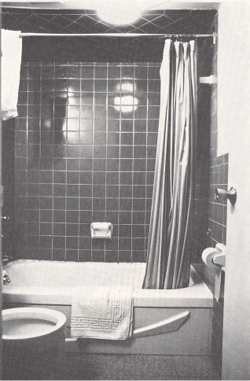 lain MacDonald shows some of the most 'verbal' works in the collection. Federal Street, Auckland, presents the room as tenuous stand-point; a chair centred under a light looking out on a world at bay. The only trouble is that the terror this room stands against is in here too: so it is a place to feel safe, not a place to be safe. In Doll with Fan, the antique doll standing on the still hearth of an old fireplace still smiles her charmed smile, the old electric fan still goes (it has a new plug) and we presume this fireplace is still a Heat-Centre. It all adds up to an exuberant defiance of time by its own elements of constancy - something that MacDonald masterfully amplifies by a careful manipulation of composition, light and scale.

Gary Blackman suggests a fundamentally different way of viewing: rooms as formal space. In his works, corners move out of their traditional role as arbitrary intersections of planes to become virtual 'objects' given centre-stage to declare themselves. His interest in the space of the 'White Box' puts him closer to mainstream experimental work: a notable example being the recent John Bailey show in Auckland: although it must be added that while Blackman seems to be interested in showing up the corner, Bailey is more interested in showing in that corner.

Group shows are a difficult thing successfully to pull together. They depend upon the sensitivity of the organizers in setting up an environment that will lend an easy coherence to the 'show', while at the same time allowing each photographer his or her freedom. Rooms at Snaps finally fails to ignite the theme it hangs under. But that is not surprising considering the range of people involved; and the stronger works easily make it worthwhile. The six artists I've mentioned are the ones that 'spoke' with enough confidence and strength to make themselves heard. That's not to say all the others were weak, bad, indifferent: just that their work had to struggle, given this theme, this group, this exhibition.