Believe me, none of us intended this to be a memorial issue. No more did Andrew Bogle, when he began to get together the exhibition for the Auckland City Art Gallery, nor John Matthews, as he worked to set up the Len Lye Foundation, mean their projects to mark his death. Privately, each of us thought of our efforts as, among other things, gifts to the man himself. With his death these intentions become public, and this issue our gift to his memory. 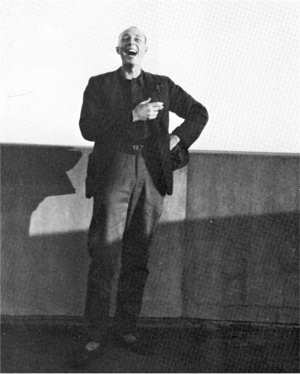 The first time I met Len was in May of 1978, on the occasion of this interview. Even then he was not a well man; he was frail, and doctor's orders were for his feet to be up one hour in two. It was a miserable wet spring in New York and Len had stayed on in the city in order to meet me. I was reluctant to impose on him. But, in the event, it was my health, not Len's, that got seen to. I'd caught a lousy cold in L.A. and Len kept pressing great glasses of rum and orange juice on me. Before I was too tanked up on that, we had to go out for a hot-soup lunch at this little place he knew. Then, when I came to leave, I was to take with me a plastic bagful of, oh, it must've been fifty, vitamin C tablets. Also, a bag of quarters for the subway.

All the contributors to this issue are roughly of an age - as are those other New Zealanders, notably Hamish Keith, Ray Thorburn and John Maynard, who have come to discover Lye's work for themselves and find that it mattered greatly. Each has some one, or several, accomplishments to his or her name, and each is getting over, has got over (?), his or her youth. For all, I believe, Len Lye had the special attraction only a much older man kept vital by a lifetime's splendid art-making can have for men or women themselves beginning to age. More than most, perhaps, they are left to wonder at the life that permitted a man to speak of his own death as Len Lye does at the close of our interview:
I've just gone along. Meandering here, tributary there; this, that and the other, getting on down to the big old ocean. Boy! and I'm almost there, it's terrific!

His dying was not without pain, but it was, I know, eased somewhat by the presence in the last weeks of Roger Horrocks, John Matthews, John Maynard and Max Gimblett - all people involved with the preservation and study of his work and with its finding a home in New Zealand. Atheist from childhood, Len's body went to a New York hospital, and a wake was held in his studio. His spirit lives, and moves, now only in the body of his work and in the minds of those who knew him. His body of work is now largely here with us in the land of his birth and youth. Len was more than content with the shape the gift of his works to New Zealand gave his life. A shape it will be our privilege to discover. 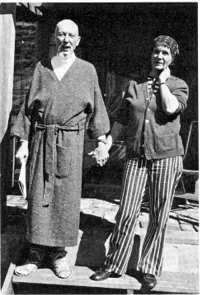 At no stage was this issue intended to give a comprehensive view of Len Lye's life and work, although if read in conjunction with the Auckland City Gallery's catalogue some such view does begin to emerge. Rather, it focuses more on those parts of the circle of Lye's career which most closely touch us - the setting out of the man, and the home-coming of the work. This has happened naturally as a result of the interests of those here most involved in his work and their willingness to share among themselves the discoveries they have made.

A great number of people have helped me put this issue together. I want to thank Andrew Bogle, Ron Brownson and Brian Eastwood at the Auckland City Art Gallery, the librarians at Auckland University, and the Q.E.II Arts Council for getting me to New York to do the interview; as well as the Govett-Brewster Art Gallery and the Len Lye Foundation. But above a have Roger Horrocks to thank for countless contributions. Before he went to New York, Roger and I worked together on a selection of Len's writings and a bibliography/filmography for the Bulletin of New Zealand Art History, and since then he has kept me closely informed about the work he did with Len in the weeks before his death in sorting out the tape/slide programmes and the large MSS collection. Roger's knowledge, his sharp sense of the modern, his enthusiasm and energy - these have arrived by mail week by week and have made it possible to tune the entire issue to its subject with an accuracy I had not hoped to gain. Finally, he sent home to me an account of what Len's death was for him and this too is something I would wish in part to share with readers. The following are excerpts from his letters of May 3 and May 19, before and after Len died:

He knows he will die soon. He's tired of chemotherapy (for his leukemia) and has decided to stop it, to let things take their course: He may not live long, but he won't be so uncomfortable from now on. It's a gamble. . . Len is beautifully serene - yet he is also full of the awareness that he is dying, and he starts delivering important messages to me as soon as I walk in the door. 'Let's get down to business' is the atmosphere. He is bequeathing urgent tasks... Len is impatient, yet it doesn't cancel out his serenity. Or, rather, he works with urgency, but isn't fretful. He still jokes about everything.

Even though we knew that Len was close to death, the event was a blow that left me with an emotional hangover, which I'm just coming out of now. . . Len could've been rushed to hospital but he wasn't interested. He died 'peacefully', said Ann, though there must have been pain... Len died with perfect dignity. I've never seen two more dignified models of old age. It has been a lesson in how to be old, and how to die.