First, in reviewing Mr Bell's book, I would like,if I may, to make a personal digression - that privilege of age. It will be brief. Nearly half a century ago I came home to face the problem of making something of my experiences abroad. In addition to less innocent pursuits I had read widely in anthropology; I had looked at innumerable pictures in a multitude of galleries; and after painful ponderings I had belatedly realized I was a New Zealander. In the period of enforced leisure that followed my return - it was the thirties, and jobs were scarce - I spent much time in New Zealand collections and conceived the idea of an extended essay. It would have the then modish title 'The Changing Maori'; it would trace in European literature and art successive conceptions of the Maori people; and, so far as I recollect, the emphasis was to fall less on change in the recorded than in their recorders. That enterprise, with others, eventually lapsed but was never quite abandoned. 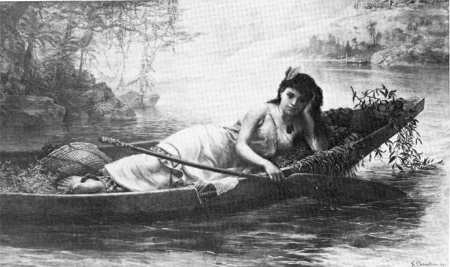 Inevitably, then, my response to Leonard Bell's book was mixed. I read it with some envy, I suppose, and certainly with relief that my superficial 'survey' had never seen the light. But the dominant feeling as the reading went on was admiration for the author with a renewed realization of how far, in some respects, this country has advanced during one lifetime. In the 'thirties a work of this kind was simply not possible. There was a great deal of material but much of it was uncatalogued and inaccessible. One major source, the Nan Kivell Collection, if in being at all, was only begun. There were none of the exhibition catalogues or the monographs or the essays on which Mr Bell has occasionally drawn. And, above all, forty or fifty years ago a professional critic-scholar of his calibre was quite beyond the bounds of feasibility.

Mr Bell's attainments and special gifts are soon disclosed. In an introductory chapter he outlines the book's scope and touches on its main themes. From the outset, he asserts, the Maori was presented in European terms. The foetus-like figures of Isaac Gilsemans recall antique statuary; the man in an engraving after Piron (more convincingly) resembles an antique Jupiter. Is this, one asks, to be another exercise in Art History? Reassurance quickly comes with illuminating comments on a (to me) unfamiliar drawing by Charles Meryon accompanied by a quotation from one of his letters. It is already clear that Mr Bell has searched widely and that he combines scholarly thoroughness with critical penetration. Even rarer virtues appear as the introduction continues. Brief (but not dismissive) references to Goldie and Lindauer lead to fuller discussion of Horace Moore-Jones - yes, the Moore-Jones who painted Simpson and his Donkey! Lesser people (moi, par exempIe) would have skipped Moore-Jones, but Mr Bell is not one of them. He acknowledges that The Passing of the Maori merely 'exemplifies a type common to the period'. On the other hand, Ritimana Takiawa is 'a sensitive and humane portrait - simple and direct'; it is 'a picture of an individual, not a "Maori" '. How refreshing to have painting discussed in such terms and, as an illustration suggests, how right Mr Bell was not to ignore Horace Moore-Jones.

The methods demonstrated in the introduction are used in successive chapters spanning the two centuries between Sydney Parkinson and Gordon Walters. Mr Bell is trained in the disciplines of his profession and applies them when they are relevant. But he makes no attempt to imprison artists or works of art in a formula; nor, mercifully, does he seem much interested in analogues and influences. He is concerned with something more important - to discover, wherever they may be found, the compassionate insight, the spark of humanity, the trace of merit. He knows that good artists are not always at the top of their form, that minor artists have their moments, that talent may lurk in unexpected places. So, ignoring received opinion and fashionable prejudice, he has gone his own way, searching, sifting, reflecting, recording.

Even though Mr Bell makes no claim to be comprehensive, the labour has been enormous. One realizes that he must have looked at hundreds, thousands of 'images' to select the relatively few he discusses and the small proportion of those he can illustrate. As a result of his patient investigation he has added immeasurably to the understanding of New Zealand art. Augustus Earle and William Strutt, to take two examples, can now be seen in something of their complexity. (But why, alas, the omission of Charles Heaphy: the author mentions 'this without explaining it?) He has performed a further service by salvaging a number of reputations. Going beyond the published work to original paintings, some in distant repositories, he has done belated justice to George French Angas. Again he has examined the vast Lindauer oeuvre - surely a daunting task - to retrieve, if not masterpieces, then some attractive period pieces and such honest, unidealized likenesses as the splendid Keeta. H. Linley Richardson is another who has benefited from this discriminating attention and here perhaps a masterpiece is revealed - the Portrait of a Maori Boy which leaps from the page and stands apart from the artist's usual fustian.

Altogether we owe Mr Bell an immense debt. Thanks are also due to his unnamed designer not merely for the book's attractive appearance but for the close linking of text with illustrations. What a pleasure not to be perpetually turning forward or back except to the colour plates.

No New Zealand review is complete without its adverse comments. Mine are reserved for small solecisms. Mr Bell writes extremely well, rejecting the jargon of Art History and the inflated, incomprehensible verbiage of Art Criticism. But now and then such vogue words as 'hopefully' and 'overall' erupt like spots of acne on an otherwise flawless complexion. A last linguistic quibble is directed not at the author but at the General Editor who states that 'the discovery of European art in New Zealand. . . began almost a quarter of a century ago', I'm not certain whether a discovery can properly be said to begin, but if it can I would be inclined to date the event a bit earlier.