Work for a New Decade, featuring works by Patrick Hanly, Milan Mrkusich, Gordon Walters, Don Peebles, Ralph Hotere and Richard Killeen, was intended to show the state of their art as they entered the 'eighties. All sent recent paintings except Peebles, who unaccountably contributed a piece from 1974 with some drawings/assemblages of more recent vintage.

There was clear division between the 'cool' manner of painting represented by the austerity of Mrkusich, Walters, Peebles and Hotere and the 'hot' works of Killeen and Hanly.

If passion has been discernible in the work of the first four it has been for control, order and serenity; although Hotere has always managed to insert into his images an emotional content that leavens their demanding formality. By and large, though, the paintings of the cool school have been statements of intelligence and personality, carefully scrubbed clean of gesture and references to objective reality, and edited to haiku-like brevity.

Walters' perfectly pitched blues and greys were immaculately applied to canvases which explored the visual tensions that can be created by a careful balancing of positive and negative elements.

Peebles' large, untitled, diamond-shaped work pitched the rough surface of jute against the wood grain of a plywood panel. Through the visual interest of paint stained and scumbled on to the coarse surface, there was a whispered geometric structure echoing a bold zig-zag drawn vertically at its centre.

Hotere presented two works both called White Drip Ping stating his continued interest in the qualities of reflective paint surfaces. He had applied the low-keyed, mottled paint, previously seen on canvas and board to finely corrugated iron. For visual accents on this darkly shining surface, he had run rivulets of white enamel paint down one or two of the channels, their brilliant white streaks repeating the vertical highlights of the corrugations.

Mrkusich's two geometric canvases were mistaken by some visitors for Hotere's of an earlier period, since they featured those slim-line, perfect circles - the nifty trick of the decade - that Hotere made his personal property. Mrkusich's elegant canvases, like those of Peebles, Walters and Hotere were artfully controlled, aesthetically perfect, cerebral and polished by years of experience.

The work of these four seemed so accomplished that their cutting edge was to some extent dulled. They are masters of a mode, once revolutionary but now familiar. The audacity that struck us forcibly a few short years ago seems now as familiar as the mannerisms of an old friend. The iconoclastic impulse of their early work has in turn become the established order.

Non-objective painting may be in danger of becoming a new academism, with its technical tricks and rules taught as the only truth in painting.

What made Killeen's work so interesting in this context was the little concern he showed for the niceties of composition. He would just as soon leave the arrangement of his cut-out metal shapes to the viewer.

The relationship of his brightly coloured insect, flower, fish and bird forms to each other as they hung separately in the gallery was not the artist's concern. He left their juxtaposition to the decision of whoever was to hang the show. His relaxed attitude towards the ultimate form of his work challenges the preciousness with which some practitioners regard their painting and suggests a new relationship between the viewer and the work of art.

Hanly's three works were the high points of the exhibition. His virtuosity and powers of invention enable him to transmute his experience into arresting images. He has always been his own man, unafraid to take risks or to state his opinions in paint. For this reason his work has a content beyond strictly painterly concerns, a humanity expressed through a brilliant understanding of what paint can do and an ever-astonishing resourcefulness, panache and vigour in bending it to his will. His art looks no more tired today than it did at the beginning of the last decade and I dare say it will look as fresh at the beginning of the 'nineties.

Helen Rockel, a gifted thirty-one year old painter, whose work is little known outside Christchurch, presented a large collection of paintings and drawings at the CSA Gallery dealing with the events of four years of her life. Her images are notable for their strong personal style, vivid realism and the feminist sensibilities she brings to her work. Many of her canvases and drawings presented faces she had encountered during travels through Turkey, Iraq, Iran, Pakistan, Nepal and India and her responses to the lifestyles she happened upon. 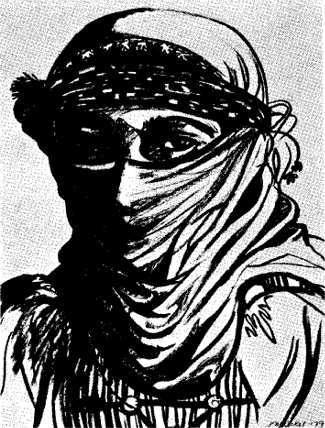 Rockel's veiled heads of Moslem women reflected the horror she felt at the indignities to which women of Middle Eastern countries are subjected. In her drawings, the veils became shrouds hiding the features, condemning the expressiveness of the individual face to submissive anonymity.

Her autobiographical exhibition expressed with quiet lyricism her recent experiences of pregnancy, birth and motherhood in images that conveyed something of the complex moods and emotions which are known to most women but can never be the experience of men.

In an exhibition at the Brooke/ Gifford Gallery, Philip Trusttum showed around thirty collage/ drawings titled somewhat obscurely Totems. 'Variations on the theme of the cardboard packet' would have been a more appropriate title for works which had only a superficial resemblance to, or association with, totems. Rather, they seemed to have much more to do with the artist's considerable powers of visual invention, which in this series he lavished exclusively upon cardboard toothpaste, biscuit, tea, cocoa and cigarette packets.

His method of working is to open out a packet to its original flatness and cut and then splice it together again as an entirely new form upon which he elaborates with felt-pen-drawn additions.

In this he resembles a jazz musician who takes a phrase from a popular song and launches into a series of increasingly risky improvisations, relying on his control and inventive ability to save his construction from collapsing into formlessness.

Half the fun in Trusttum's work lies in watching his wizardry conjure up new and unexpected concoctions of colour and shapes. In a few of the works he salutes the great American draughtsman Saul Steinberg, whose singular inventiveness Trusttum clearly admires.

The only off-key note in the exhibition to my mind was the characterless brown mounting-board on which the artist chose to present his essentially buoyant images. These sparkling inventions required the crisp setting of a good strong cream paper, rather than the lugubrious foil of brown wrapping.

The death, at the age of fifty-four, after a short illness, of Mrs Barbara Brooke removed a tireless advocate of the best values in the visual arts from New Zealand art circles.

Over the past twenty years she came to be known as a lively, knowledgeable champion of contemporary painting and a capable art administrator. 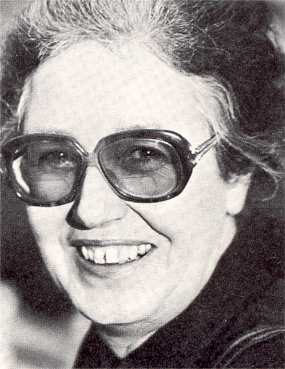 In 1959 Barbara Brooke and her husband, painter Andre Brooke, opened Gallery 91 in Christchurch, their intention being to promote the' more original artists of the period whose work was, as the management put it, 'honest and sincere in concept and execution.

It was a brave venture with more than a touch of missionary idealism about it. At the time there was only a small audience for the work of advanced painters such as McCahon, Woollaston, Mrkusich and the group of young local artists who comprised the gallery's stable.

The Brookes' warm sociability and their deeply-held convictions about what constituted quality in the visual arts made their gallery a popular meeting place for Christchurch artists during the eleven months of its existence.

Barbara Brooke's managerial skills, charm and sure eye for good painting made her popular with those who exhibited at Gallery 91. She met and formed life-long friendships with many of the country's leading artists.

Andre Brooke became secretary to the Canterbury Society of Arts, and when he resigned in 1961 to become a full time painter, his wife took over his duties.

There she polished her abilities as an art administrator and found creative satisfaction in seeing exhibitions by younger painters blossom on the society's hitherto staid walls.

She was responsible for the day to day management of the gallery and carried out demanding secretarial duties during the period when intense and complex negotiations were being undertaken for the transfer of the CSA to its new Gloucester Street building.

In 1964 she left the CSA to join the Caxton Press where she was associated with the launching of Ascent, a journal of the visual arts in New Zealand devised by Leo Bensemann, managing director of the Caxton Press. She travelled throughout New Zealand gathering material for the publication and became one of the best informed observers of the visual arts in the country. Ascent also brought her into contact with many leading craftsmen. When the publication eventually succumbed to economic pressures, she turned her energies to helping craftspeople market their wares in Christchurch.

The visual arts were always her principal concern. Five years ago she established, with Judith Macfarlane, the Brooke/Gifford Gallery, with basically the same aims that motivated the founding of Gallery 91 sixteen years earlier.

Although in recent months her failing health sapped her energy, she was always at her best in the gallery talking to painters or clients.

If a fine painting was made, she could help find it a congenial and appreciative home; if a visitor was confused by the more esoteric forms of art she could explain and make clear; if there was a painter eager to present a lengthy exposition of his life and work, she would be a patient and sympathetic listener and often a source of sound advice.

Barbara Brooke was able to make exhibitions appear. She was an amanuensis for artists and it was because of this ability that she was invited to chair the Visual Arts Committee of the Christchurch Arts Festival, 1980.

Her last appearance in public was in a wheelchair at the opening of the Brooke/Gifford's festival exhibition, Work for a New Decade. She was characteristically optimistic and enjoyed the exhibition immensely.