The Penrose High School Collection:
an experiment in art education

Penrose High School looks in most ways to be a typical New Zealand state secondary school... the buildings functional oblong structures, painted inside and out in pastel shades, divided by long hardboard-lined corridors.

What distinguishes Penrose from dozens of similar educational institutions throughout this country is the remarkable art collection that is distributed about its walls. Over ninety works by artists such as Gretchen Albrecht, W.A. Sutton, Colin McCahon, Patrick Hanly, Robin White, M. T. Woollaston, Allen Maddox, Don Peebles and Ralph Hotere are an impressive indication of what seems to be a uniquely successful application of a broad and humane philosophy of art and education. 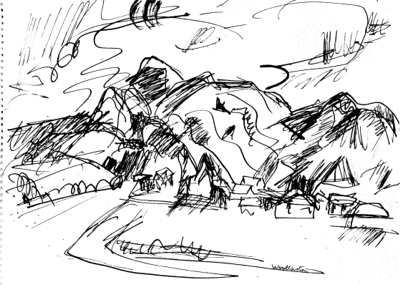 The two men most responsible for the existence of the Penrose High School Collection are art teacher Wally Crossman and administrator Murray Print. On these pages we give Wally Crossman's account of how the idea of making the collection arose and of the circumstances of its accretion.

When Wally Crossman studied art history with Peter Tomory at Elam in 1958-59, he had the feeling that the lectures gave him a historical perspective on the art of painting that excited him. Then he began his job as art teacher at Penrose High School; and found that the only token presence of the art of painting was in the form of a number of faded reproductions of European masters hanging on the walls. He was determined to get these off the walls and replace them with original works by New Zealand painters.

This was in 1960, and at first there was no money available to buy New Zealand paintings, or any other sort of paintings. In 1969, however, Murray Print was appointed principal. The very first contact Wally Crossman remembers having with him was when the new principal told him to go ahead with buying paintings for the school. 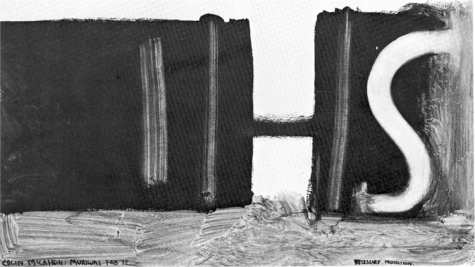 So the collection began, with the purchase of a small oil by Robert Ellis, one of his Motorway series. (Murray Print's interest at this stage was in the acquisition of a fine watercolour by john Kinder, a Scene on the Waikato River.) At the same time Print encouraged the art department to switch from a closed to an open situation - spreading the influence of art activities throughout the whole school, with students' paintings being hung in the corridors and on the walls of the public areas.

Over his period of nine years as principal, Mr Print's main aim seemed to be one of humanising the school. He was to use art as the most important means to this end. He was liberal-minded: astute in using the special knowledge and enthusiasm of others.

The paintings were nearly all bought directly from one-man exhibitions at the dealer galleries. Mr Print and Mr Crossman would go together to the exhibitions and after some discussion on the spot choose what works were to be acquired. Wally Crossman remembers one particular exhibition at The Barry Lett Galleries in the early stages of their collecting. It was a mixed show of drawings by various artists. As the two of them went round the walls, coming to an agreement by discussion as to which were the best out of each particular group on the walls, Wally Crossman began to realise that Barry Lett was following them, putting red stickers against the ones on which they had come to a consensus. Purchasing at such a rate was exhilarating but rather breathtaking. 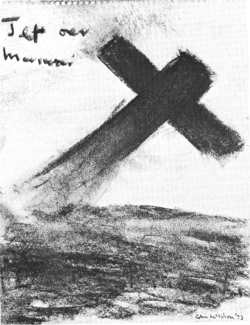 Wally Crossman's aims for the collection were these. He wanted to obtain works from what he saw as the mainstream of New Zealand art. By putting them up at the school he hoped to expose pupils to living cultural expressions of the New Zealand sensibility. He felt that they should be aware of this as a significant aspect of New Zealand life.

As the collection grew, its structure was determined by Crossman, with his background knowledge\of the historical development of New Zealand art, in association with Murray Print. They have succeeded in buying works that are not only good but also up to-the-minute (for example one from Dick Frizzell's very first show), in order to present an exciting overview of living New Zealand art. They never bought 'safely'. But the growth of reputations has proved (especially in the case of McCahon) that they bought wisely. All the 'name' works in the collection were bought at a time when the state of their reputations put them within Crossman's price range. Today the school would scarcely be able to afford McCahons, Woollastons and Hanlys.

The paintings owned by the school are used in the art teaching programme to demonstrate technical and expressive points, quite apart from their role as an encouragement and an inspiration. Students can see a wide range of possibilities: from Binney's formalised approach to Albrecht's fresh, seemingly unrestrained use of paint. 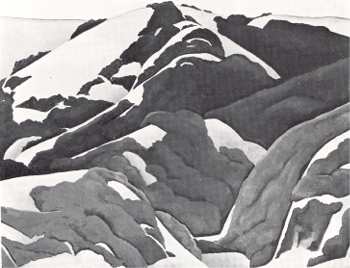 The use of the collection was not confined to art teaching, however. English teachers at the school have used individual paintings as starting-points for setting literary compositions. And a survey of students' opinions about the pictures was a youthful introduction to the practice of art criticism.

The paintings have been spread throughout the whole environment of the school: in the corridors, the seminar rooms, the common-rooms, the library arid the whanau. Their silent presence is itself a kind of subliminal education. (When Crossman has been asked to give addresses on them from time to time he has always refused: 'People don't take to having things like art pushed down their throats. You just have the works on the walls: you don't need to be evangelical about them.')

Wally Crossman describes the reactions of students to the art surrounding them: 'When they first come to Penrose they think vaguely that the paintings and drawings must be by senior pupils. We never push the fact that they are by well-known artists, so that they can come to terms with the works without being preconditioned by the knowledge of names behind them. By their senior years they have generally sorted out their likes and dislikes: and they often have very strong feelings about them. Often people have commented on a "new acquisition" which has turned out to be a work that has been there for ages. . . suddenly it's come alive to them. The reciprocity in the relationship between the life of a picture and that of a viewer is a very important thing here. 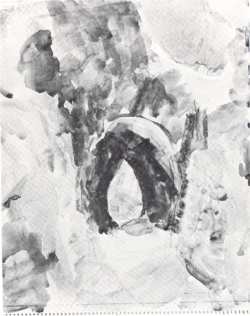 'The collection also has long term effects. I once ran into a past pupil at the Barry Lett Galleries who at school had been "academic" and very anti-art. He told me that after he left school he missed having art around him, and now went to all the exhibitions at the public and private galleries.'

Very few students had been to these before being taken by Crossman. He feels very strongly that art should be displayed in the public buildings where people work and live. 'A short exposure to one work every day is the best way to experience art.'

The effect that the collection has had on the general level of aesthetic awareness around the students was revealed by an incident that took place two years ago. Someone told Crossman about a number of large rocks, each the size of an automobile, free-standing not far from the school. The enormous basalt stones he found were the by-product of some drain-digging being done nearby. The workers obliged by transporting them to the school grounds where, apart from their purely aesthetic function, they serve as a symbolic image of what the environment in which Penrose High School is built was once like.

At the end of 1979 Wally Crossman finished up his years of working at Penrose. He has now gone to take up a position teaching the history of art in Dunedin. The present headmaster, john Rose, intends to pursue a policy of consolidation with the Collection. As Crossman's last purchase for the school he had his heart set on the acquisition of a painting by Allen Maddox, whose work he first became acquainted with when he was very impressed with a small oil in one of the first Benson and Hedges Art Awards. He prepared Rose by showing him two articles on Maddox from Art New Zealand before taking him along to the Denis Cohn Gallery for a viewing. Rose thought the painting 'magnificent' and Wally Crossman had the satisfaction of seeing the big Maddox installed in a prominent place in the school library before he left. 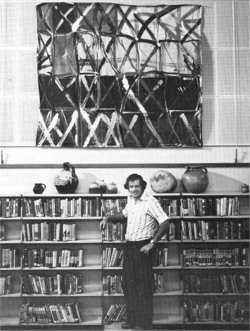 A series of events which took place in 1976 casts an interesting light over Crossman and Print's whole experiment, giving an amusing indication of the degree to which they had succeeded.

At the commencement of the third term (and inspired directly by Billy Apple's Subtractions series) Crossman organised an 'Art Fast'. He took all the pictures down, and wrapped the school's sculptures in black polythene. The 'subtraction' showed what a strong presence the works had been.

The pupils came back to find the atmosphere of a tomb. At first nobody said anything. Then at the end of the week one of the students could stand it no longer. He unwrapped one of the sculptures, stormed into Murray Print's office, and demanded to know what the hell was going on. The Fast was over.