The newly-formed Maidment Summer Theatre is an all-New Zealand theatre which has been set up by playwright and drama tutor Mervyn Thompson to answer a number of theatrical needs.

It aims to involve Aucklanders (and New Zealanders generally) in a theatre that will be sensitive to the local community, and able to celebrate it. It will cater for audiences not normally recognised in Auckland, such as Polynesian communities, or simply people who care about New Zealand and see it as their home. The Summer Theatre will present plays by New Zealand writers - plays that would otherwise remain unperformed. Finally, it will provide work for professional actors and graduate students in the arts. 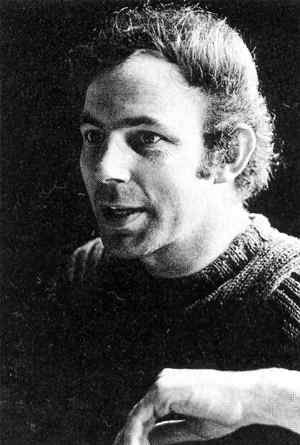 The summer season is to commence with The Merry-Go-Round Show on November 24. This is an adventure play for children aged from six to eleven. It is set in Auckland and on Waiheke Island, and features a revolving stage on which the children are given a ride from set to set.

On November 28, New Zealand Childhood, a show for adults and teenagers, commences. This is a programme about the rich estates of childhood experience, featuring the writings of famous New Zealanders Katherine Mansfield, John A. Lee, Witi Ihimaera, Janet Frame, Ian Cross and others.

January 16 sees the start of Mimes for Children by Robert Bennett.

The popular Songs to Uncle Scrim opens on February 9. Songs is a depiction of the Depression years in New Zealand, presented entirely in song. The production, written by Mervyn Thompson and Stephen McCurdy, ran a record sixty-one performances when it toured from Downstage in 1976; and later was triumphantly received in a new mounting by the Heartache and Sorrow Company in London and Edinburgh.

On the same night, an untitled Maori song-piece will be premiered. This is a songplay by Mervyn Thompson and Paul Baeyertz, concerned with the fortunes and attitudes of the modern Maori in the law courts of our land. It is a companion piece to Uncle Scrim as a study of hardship in New Zealand.

Also scheduled for the season is a lunchtime feminist show devised by the company.

The Maidment Summer Theatre will be a welcome addition to the Auckland theatrical scene. It should provide long-needed opportunities for both actors and audiences in Auckland's culturally-arid holday season.