Several important photographic events took place in Dunedin this winter. The first was a comprehensive exhibition in the Otago Museum foyer, Dunedin and Photography, assembled by Mr Hardwicke Knight. It consisted of more than one thousand items, carefully organised to present the history of photography here. Exhibits of cameras and other equipment showed technical progress since the eighteen-fifties. Many outstanding photographers were represented by short biographies and samples of their work. These included the prolific and often intrepid colonists Melhuish, Mundy and the Burton brothers; the devoted portraitist Cecil Patillo; and the later 'art photographer' Hans Fels. Technical achievement was emphasised by Michael de Hamel's enlargement of early photographs.

Like other art forms, photography can be used as a means whereby man not only records details of his surroundings but also attempts to understand and subdue a strange environment. In the photograph time is arrested, turbulence stilled, and spatial vastness reduced to an easily comprehended scale. The unknown can be given identity, and human awareness may be extended. 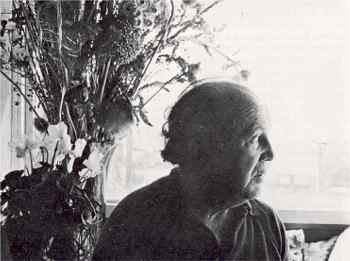 This exhibition showed particularly that very many early New Zealanders worked long hours in difficult conditions pursuing these goals, leaving valuable records of the changes taking place about them, and depicting a new landscape to their countrymen - as well as to tourists and those left at 'home' in Europe. Mr Hardwicke Knight has noted: 'The history of photography in New Zealand is unique because the period of pioneer colonisation closely coincided with the invention and development of photography.' (Photography in New Zealand, Dunedin, 1971, p.9)

The stillness of the photograph perhaps makes the irreversible procession of history seem more obvious and more poignant. The work on view here revealed the difficulty of building adequately and aesthetically on an inhospitable shore; the exhilaration (and the savagery) of coal-driven trains swooping into a hinterland previously aloof and majestic; and - in European and Maori portraiture - something of the beauty, humour and pathos of everyday life.

Early in July, a successful week-end seminar, The Photographic Experience, was conducted jointly by the University of Otago Extension Department and the Dunedin Photographic Society; and an exhibition shown at the Bosshard Galleries of photography by two tutors attending the seminar - Peter Peryer and Laurence Aberhart. With symbolic intention, the' former presented consciously-arranged figures in front of landscape; the letter, a series portraying aspects of local Masonic architecture. 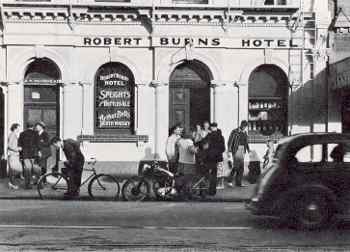 From late June until mid-July Gary Blackman held a retrospective exhibition of eighty photographs in the Museum foyer: the earliest dating from 1949. Gary Blackman continues the tradition so thoroughly documented by Hardwicke Knight. His work is direct yet restrained, concentrating sensitively on living and man-made forms in the environment. It expresses concern for the richly enduring rather than the spectacular or the arch. This concern appears in several delicately patterned tree studies; and, in human terms, in a group of portraits which includes the splendid profile Portrait of Rodney Kennedy. The same concern, lightened with humour, distinguishes a number of street scenes such as that of the Robert Burns Hotel (1952)and suburban and holiday groups. It is apparent, too, in architectural and landscape details: as in studies of contrasting walls, and in a Castle Hill series, where sunlit and shadowed patterns stress the lichen-warm persistence of alpine rock.