Last June the New Plymouth District Council voted to build New Zealand’s first single artist museum. The Len Lye Centre is a bold project, characteristic of a city that prides itself for ‘punching above its weight’. The price of such a reputation, as we saw with the now-prized Wind Wand, is the controversy that these decisions can give rise to, at least in the short term. It is also the case, however, that New Plymouth had been looking the Lye gift horse in the mouth rather too long, and that by the terms of the agreement the Council had signed with the artist in 1980, it was duty-bound to increase its investment in the collection housed at the Govett-Brewster Art Gallery. 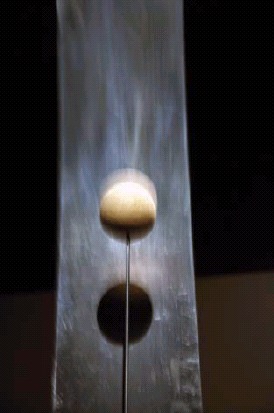 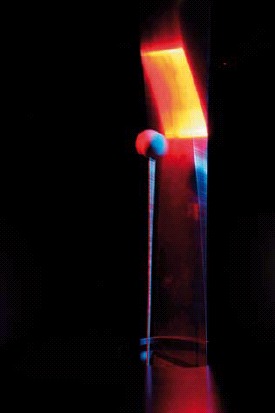 While the Gallery had over the years regularly and successfully presented Lye’s work, the public kept asking for more, in particular visitors to the city who expected to find a permanent display. Furthermore, much of the collection and archive continued to languish in the Govett-Brewster’s storage areas inadequately catalogued, researched and conserved. In fact, the Centre proposal came up as the answer to questions that were not going away, and came out of more than two years discussion between Council and the Len Lye Foundation, the owners of the collection.

In 2004 a Len Lye Committee of Council was formed, comprising equal numbers of councillors and trustees of the Foundation, to develop and formalise a new and closer relationship that would enable both to more effectively implement the 1980 agreement. The Centre proposal was not the only outcome of this process. Early in 2005 the position of Len Lye curator was established at the Gallery, and an appointment made. Plans were made for the cataloguing and conservation of the collection. 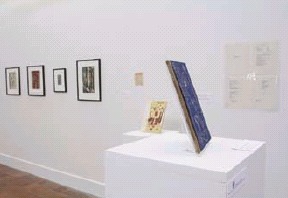 As he had already been to New Plymouth to undertake research on Lye for his doctorate, Tyler Cann knew what he was coming to when he was appointed Len Lye curator. He now has the responsibility within the Gallery for preparing the collection for its transfer to the Centre and preparing the Centre for its reception of it. The more public dimension of his work has been a series of modestly sized, intelligently researched and imaginatively designed exhibitions that have served to prepare the public for the kind of offerings we might expect of a Len Lye Centre when it opens.

Individual Happiness Now! (December 5, 2005- March 13, 2006)—subsequently toured to the Suter Gallery—was followed by Old Brain New Media (May 13-July 9), Len Lye—Body English (August 19-October 15), and most recently, Double Harmonic: Len Lye & Tony Nicholls (December 9, 2006-March 25, 2007). The last of these included only Lye’s sculpture, and Body English was without sculptures, otherwise it was a strong point of these shows that they presented the full range of his practice and began to draw from the collection material seldom of ever previously exhibited. Individual Happiness Now! brought to light a remarkable sequence of fourteen abstract drawings, and gave the film Newspaper Train its New Zealand premiere. 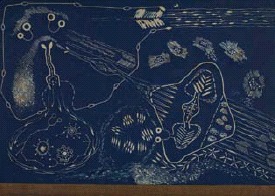 Len Lye's book cover for Robert Graves' To Whom Else, The Seizin Press, Mallorca, Spain, 1931; from the exhibition Len Lye—Body English

While Cann has included few of Lye’s paintings in these exhibitions, he displayed a fondness for the rarely-seen photograms and these made a strong showing in Individual Happiness Now! Through the physical directness of their technique, the portrait photograms were effectively indicative of two of the exhibition’s themes: individuality and nowness. In Body English they added to the complexity and variety of photographic means Lye used to register the ‘umblical connection between text and image’ in his work.

Body English is notable also for featuring nine book covers of limited edition collections of poetry by Robert Graves and Laura Riding which Lye produced and designed for two of the most important small literary presses of the 1930s, Nancy Cunard’s Hours Press, and the Seizin Press owned by Graves and Riding. Seizin also published Lye’s own book, No Trouble. These are not all of Lye’s book designs, but this is the first show to my knowledge to highlight this aspect of his production and to so materially contextualise writing and the word across the range of his practice. 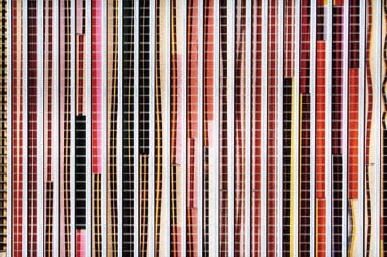 Despite the fact Lye considered sculpture and film are just different means to the same end, that of the embodiment of figures of motion, for the viewer the circumstances and conventions of viewing continue to keep them apart. Films bring to mind the cinema, large sculptures the clean well-lighted space of the gallery. Cann set out in these shows to reinstate the range and interconnectedness of Lye’s media, to find new ways to present and combine works, in order to refresh our experience and understanding of them.

As their titles imply each was an essay focused on a distinct but familiar Lye topic. Each is couched in Lye language. Yet their real significance and success lay elsewhere and mainly in the way each of them returned to a single subject, that of synaesthestic nature of Lye’s art. Double Harmonic examined the relationship between sound and movement, Body English that between image and text, Old Brain New Media, that between sound/music and image and Individual Happiness Now!, admittedly the most diffuse of them, that between light/colour and movement. Although the kinetic remains a necessary feature it is not the over-riding subject; Cann’s emphasis on the synaesthetic provides a welcome extension, a timely expansion of our take on Lye’s work. 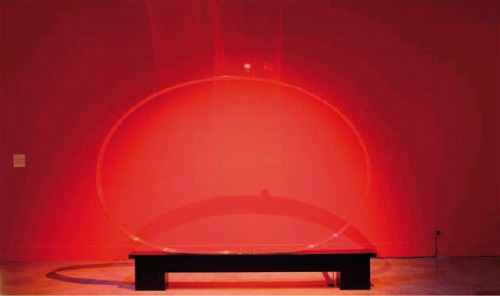 Of course, the arrival of video art as an exhibition medium which required the addition of the walk-in black box to the furniture of contemporary art gallery space, has made it easier to bring Lye’s films into closer conjunction with his other work and three of the four shows took advantage of this development. Cann’s presentation of Universe and Blade in Individual Happiness Now! stemmed in part from researching Lye’s own presentation practice—his use of coloured lighting for his 1961 sculptural debut at MoMA in New York and in his 1977 Govett-Brewster retrospective—in part from drawing on a recent convention in exhibition design, that of coloured rather than white gallery walls. The addition of colour both to the reflected light which the movement of the works cast and to the walls on which it was cast, changed the experience of them, firstly by giving more importance to the action of reflection itself and secondarily to the expressive qualities of the reds and blues and yellows so introduced into the work and its spatial precinct.

Old Brain, New Media incorporated a quite different curatorial intervention, the presentation on a large mounted light box of strips of the photogrammed Color Cry. While Cann here ran the risk of jazzing up his show with an ersatz art object, because the status of the ‘direct’ film strip as art object is in fact intriguingly ambiguous, his presentation was somewhat more than attractive way of dressing up archival material.

The most recent show, Double Harmonic: Len Lye & Tony Nicholls, has its own implications for the kind of programming we might expect from the Len Lye Centre. Single artist museums need temporary exhibition programmes involving work by other artists to continually refresh and develop the appreciation and interpretation of their single artist permanent collections. They offer comparisions and contrasts; as Cann notes, ‘Nicholls’ kinetic sculptures … extend and perhaps reverse the relationship between sound and motion’ to be found in Lye’s work. ‘Here sound is not only a product of motion, but drives the movement itself. In contrast to Lye’s thunderous works, the computer-generated sound frequencies are often so low as to be inaudible; their presence is manifested visually as motion.’

The comparison, that is, enlarges and complicates our engagement with the synaesthetic field both artists are working in. Double Harmonic came as a surprise, Nicholls is an unknown. But as became clear at the 2005 Particles & Pixels conference, there is a ‘tradition of Len Lye’ quietly emerging in this country’s art. If Lye’s works make some of his seem rather gawky contraptions, the conversation between the two is worth listening to. Certainly, Towers, the largest and by the far the most compelling and accomplished of his works, mark him as someone to look and listen out for.