The recent touring exhibition of paintings by Brent Wong provided a unique opportunity to see in depth the range and development of work by this singular painter. Mounted by the Dowse Gallery and toured through most centres over the past year (terminating at the National Gallery in March), the exhibition gave valuable insights into Brent Wong's methods of working, the continuity of his concerns, and the development of the major themes and motifs in his painting. It documented a remarkable achievement by a painter still in his early thirties. 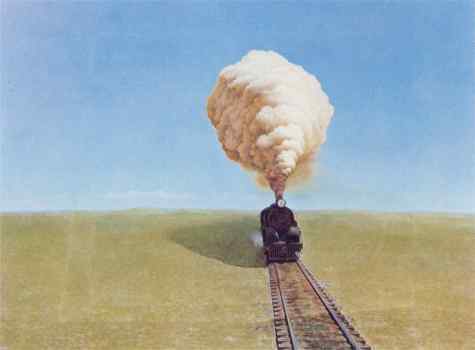 In 1969, when he was twenty-four years old, Brent Wong hung twelve paintings at the Rothmans Gallery (now the Wellington Cultural Centre) - his first one-man exhibition. The impact of these paintings, with their haunting enigmatic quality, highly original imagery and surrealistic bite, coupled with the excellence of their draughtsmanship, excited extravagant critical attention: and overnight established the previously unknown Brent Wong as an important painter in the local context. 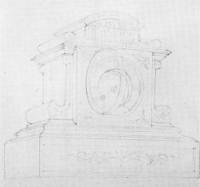 Born in Otaki in 1945, Brent Wong moved with his family to Wellington in 1949, where he lived all his life until quite recently in a flat above his uncle's shop in Vivian Street, in the heart of Wellington city. The buildings of the inner city, their rooftops and architectural ornament some of them seen from his window and indeed that window itself - constitute dominant recurring motifs throughout his entire body of mature work. 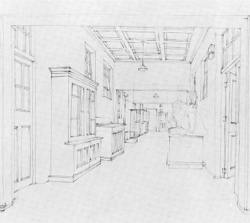 Brent Wong's work to date can usefully be divided into three sections. There is the early work and juvenilia covering the period from 1961 (when the artist was sixteen) to 1967 when the seminal work Window was painted; the emergent period between 1968 and 1972, when both technique and imagery consolidated into a characteristic style; and the period from 1972 to the present day when the prolific output of previous years has given way to a more reflective and considered approach. His painting is intensely autobiographical - particularly in those paintings of the middle period which reflect at once both the physical world about him, known intimately since early childhood, and an inner landscape in which dreams and fears and the struggle against illness combine with themes of claustrophobia and confinement. 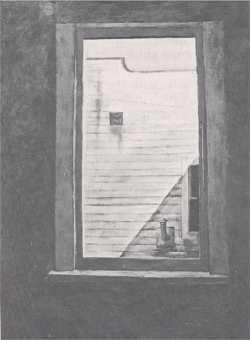 Reading difficulties as a child denied the young Brent Wong the traditional escape route enjoyed by most children. He turned early towards drawing as a means of communication, fulfilment and self-expression. School, for him, was an ordeal and he left early. In a further attempt at education he enrolled at Wellington Polytechnic in 1963, hoping to study Fine Arts. However, a change in emphasis in the course-structure at the Polytechnic that year towards graphic and industrial design thwarted this intention and he left the same year. Two drawings produced that year, Study of Clock and Corridor, Wellington Polytechnic, presage his later preoccupation with architectural ornament, with perspectival games and with time. 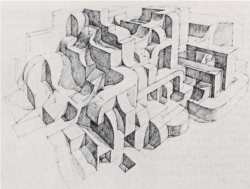 With the exception of this brief and unsatisfactory period of tuition, Brent Wong is an entirely self-taught painter. Painting for him has always been a process of discovery: both in terms of technique and of self-exploration. His early work, which was mostly in watercolour, was characterised by a lyrical and fluent line and an intuitive feeling for colour and composition. Paul Klee was the major influence on the painting of this early period-an influence which is readily discernible in such watercolours as Untitled Composition 1961, Far Eastern Landscape with Temple 1964, Worldly Bird 1965, and the early experiment in oils, Composition Pink and Blue 1963. 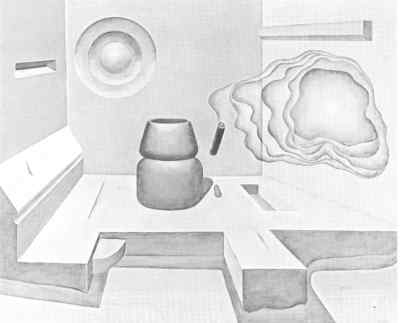 In 1965 Brent Wong started work as a copy-holder on the Dominion newspaper. As well as providing the young painter with inexhaustible supplies of newsprint (piles of which were stacked on every desk, serving the proof-readers as scratch pad, tea towel and elbow-rest), the reading-room introduced him to a circle of writers and musicians and the motley assortment of intellectuals, political polemicists and malcontents traditionally attracted to newspaper reading rooms. Here he made lasting friendships. 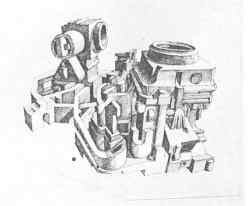 The intellectual stimulus of the two years spent on the Dominion was reflected in subsequent developments in his painting and engendered a deep interest in philosophy and music. On the sheets of newsprint he drew and doodled the architectural ornaments and devices that fascinated him and through which he solved problems of perspective and chiaroscuro.' These doodles and drawings were the forerunners of the motifs that he later developed so successfully in his painting. This period prior to 1968 was a time when he experimented with a number of different styles. He painted portraits of his friends and also drew a large number of satirical cartoons in the manner of Gerald Scarfe and George Grosz. The paintings of this period were characterised by sinuous organic motifs and luminous colours. 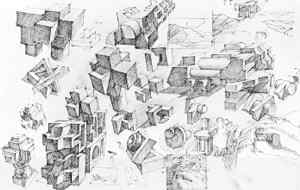 1967 marked a turning point in his work. Eight drawings were accepted for exhibition at the New Zealand Academy; and, ironically, a prolonged period of illness for the first time made it possible for him to work full-time as a painter. The bleak exterior of the building opposite his room (Green's Pharmacy - no longer extant) was the subject of Window 1967, and was the first work to deal explicitly, if unconsciously, with the theme of claustrophobia, which in the paintings that followed was developed to a Kafkaesque intensity, giving this body of work an uncanny power. These paintings transcend mere inward-looking subjectivity to become terrifying statements of loneliness and alienation that have a universal validity. 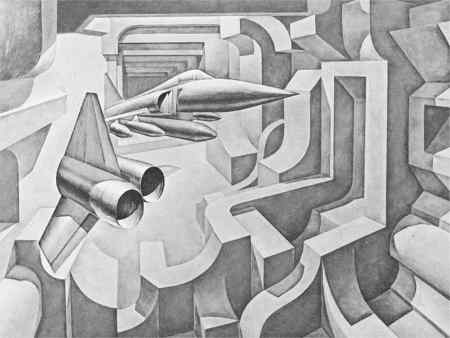 It is significant that Brent Wong's older brother and fellow painter, Wong Sing Tai, was at this time preoccupied with similar themes; although in a rather more deliberate manner. His painting Outside the Inside Out, which won the first Benson and Hedges Award in 1968, was part of a powerful group of paintings which dealt explicitly with the twin themes of imprisonment and drug addiction. Although Brent Wong's experience is in no way similar to that of his brother, the clever catchy title of the Benson and Hedges painting could well apply to most of his entire output over the next five years: for all of these paintings are concerned with being 'inside looking out', as Theatre 1968, pr 'inside looking further in', as Mach II at 37,000 1968. In works such as Recapitulation 1971 the labyrinthine interior is itself turned triumphantly inside out to hover enigmatically above the deserted landscape. Much can be made of this inner/outer opposition, which has provided the thematic structure for many of Brent Wong's mature paintings. It is explicit even in such later paintings as Diagram 1972, in which a locomotive is emerging from what the artist describes as 'a tunnel of mirrors'; in Untitled Interior 1972-77; and in the most recently completed painting in this exhibition, Window 1976. 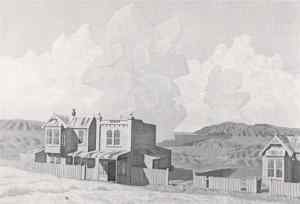 A great deal can be read into the symbolic and allegorical content of Brent Wong's work. However, it is significant that none of this is intended by the artist. Motifs and imagery are ostensibly chosen purely as compositional devices and the conscious use of symbolism is deliberately eschewed. The fact is that the recurring use of related motifs that amalgamate in a consistent and coherent symbolic framework is unintended by the artist. And it is precisely this unconscious element that makes Brent Wong a surrealist painter in terms of Andre Breton's original definition of Surrealism in Le Manifeste du Surrealisme, 1924. Brent Wong also uses the typical surrealist device of juxtaposing incongruous elements in his work: and although aesthetic considerations certainly are important to him, it is the clarity of the unintentionally revealed inner world which gives his painting its extraordinary strength and wide appeal. 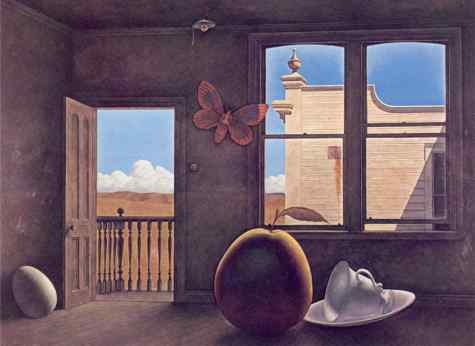 As well as the inner/outer polarisation, other binary oppositions prevail in his work: permanence/temporality, presence/absence, reality/illusion, and the contrast between human and geological time-scales. Man's puny efforts at permanence are seen in his paintings as derelict uninhabited structures in a relentless landscape which is Itself in the process of change and mutation. The earliest extant drawing in this exhibition is of a clock. Time is the major theme in Brent Wong's painting and is itself a physical element in the work. His later paintings are worked on, contemplated and developed over a period frequently as long as five and six years. 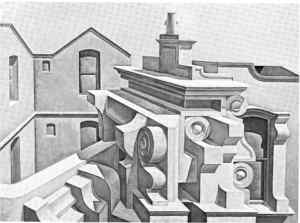 It is the absence of people in his landscapes and the blind windows of buildings (as in The Enquiry 1969 and Ruin B 1973) that gives them their haunted eerie quality.

In each of these paintings the viewer is as aware of what is not there as he is of what is actually painted. The conspicuous absence of human life is related to the machinations of the ghost-like hovering constructions, or to the malevolent, supernatural power invested in the landscape itself. These landscapes and buildings are as much figments of the artist's imagination as the most far-fetched of the labyrinths or floating apparitions. They are truly 'inner landscapes' constructed from remembered, half-remembered or wholly-imagined elements of the real world. 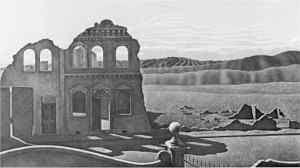 The only constant factor in Brent Wong's painting is the sky. Clouds acquire a lofty permanence that is at odds with their true nature, and contrast with the shifting, eroding landscape and transitory human activity. The sky is a source of optimism: it receives painstaking and meticulous treatment, and in his latest work has replaced all other subject matter as the central concern. 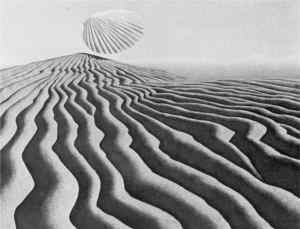 Recently, painting has taken second place in Brent Wong's life to the restoration of just such an old house as appears fictionally in so much of his work. Art and life are inseparable in his philosophy. Painting the roof of his house is as painstaking and careful a process as it is in any of the paintings and is as useful a tool for self-exploration. Where Brent Wong's painting goes from here will depend entirely on the extent to which it continues as in the past to be a process of self-discovery and fulfilment. 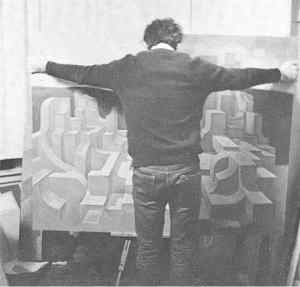