In his surveys of Maori culture, Terence Barrow is a remarkable commentator on over two hundred years of published Maori ethnology. Like A.H. Reed, he is a convincing populariser of the Classic or traditional Maori past - vividly reconstructing in a readable prose style a primitive Polynesian world as colourful as the plates that normally illustrate his writings. Rarely contentious and never controversial (except in some idiosyncratic areas of the interpretation of art forms) his books are very good value. As introductions to Maori culture, they are highly recommendable - particularly to those interested in the extent of its destruction following European settlement in the nineteenth century. 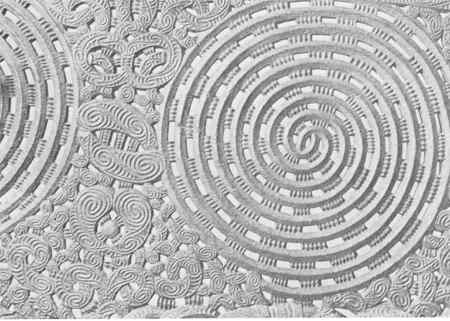 In Maori Art of New Zealand, almost the full extent of Classical Maori art and culture is surveyed. And the degree of destruction is grimly recorded, (what little remains forms the basis of 'Maoritanga', the modern Maori cultural identity). Directed at the non-specialist, the book is well illustrated with over sixty black-and-white and colour photographs; the Classical art of the Maori (carving, reed-work, rafter painting) being covered within the framework of traditional Maori life and culture. In addition to a useful introductory chapter dealing with early Polynesian migration to New Zealand and the later disastrous contact with Europeans, there are accounts of, for example, Maori village society and craftsmen; Maori religion and the arts; styles of sculpture; and, interestingly, Maori art in the service of the dead.

The preface to Maori Art introduces the work on an optimistic and revealing note. It is hoped that the book will bring about a 'better understanding of this once little known indigenous civilisation'. Rightly, Dr Barrow has dedicated it to The Maori People.